Connery won his solitary Oscar for his portrayal of an Irish cop in "The Untouchables". 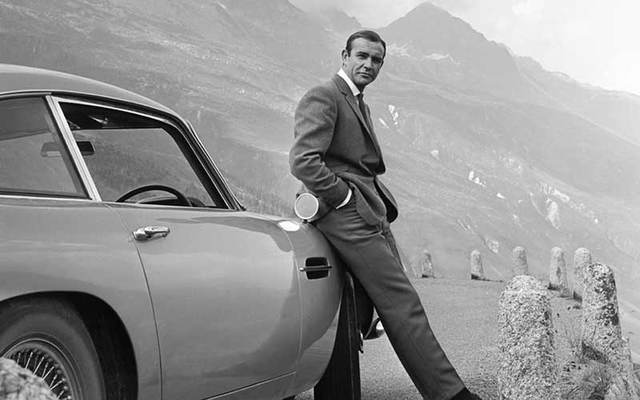 Sean Connery as James Bond posing next to his Aston Martin DB5 in a scene from 1964’s “Goldfinger.” Getty

Iconic James Bond actor Sean Connery, who won an Academy Award for his performance as an Irish police officer in "The Untouchables", has died at the age of 90.

Connery died peacefully in his sleep in the Bahamas after being unwell for some time, his son Jason told the BBC on Saturday morning. He had just turned 90 in August.

Jason Connery told the BBC that his father "had many of his family who could be in the Bahamas around him" when he died overnight.

The Scottish actor will be best remembered for his performances in James Bond, the British spy series that has spanned six decades and become a global phenomenon.

Connery was the first to play the iconic spy and went on to appear in seven Bond movies, arguably providing the definitive Bond performances.

The Bond actor's career came from humble beginnings in the slums of Edinburgh, where he was raised in near-poverty.

In spite of this, he went on to have a glittering acting career spanned several decades and included one Academy Award, three Golden Globes, and two BAFTAs.

In 1988, he won the solitary Oscar of his career for his portrayal of an "Irish" police officer in the Untouchables, a prohibition-era gangster film following the attempts of Eliot Ness to put Al Capone behind bars.

Connery's Irish accent as Jim Malone left a lot to be desired and fans voted it the worst Irish movie accent of all time in a 2009 poll.

His failure to dispense with his thick Scottish accent became a defining characteristic of his acting career and his "Russian" accent in "The Hunt for Red October" was also the source of ridicule among bemused fans.

The Scottish actor was knighted at Holyrood Palace in 2000 and wore full Scottish garb, including a traditional kilt, to the ceremony in a nod to his pro-Scottish roots.

Despite his strong Scottish patriotism, Connery has deep ties to Ireland.

The actor also starred in the 1970 movie "The Molly Maguires" alongside Richard Harris about a secret Irish-American society in Northern Pennsylvania.