Jake Merriman appeared in court on March 3, charged in connection with a firework attack on gardaí at the protest in Dublin on February 27. 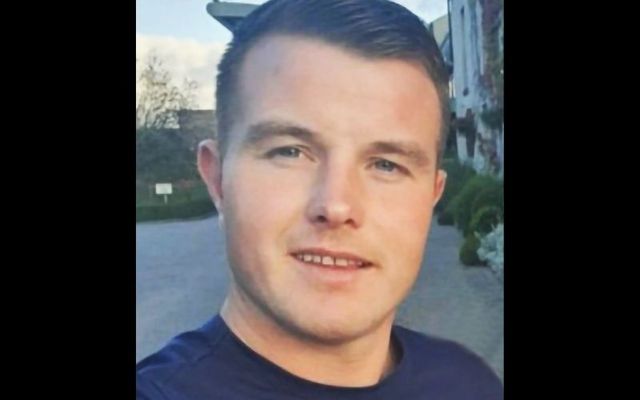 Jake Merriman, 30, appeared in Dublin District Court today, March 3, to face charges after he allegedly launched a firework at a garda during the anti-lockdown protest in Dublin on February 27.

Merriman, a father of four from Dublin, was arrested and subsequently charged with five offenses at Irishtown Garda station last night, March 2.

Among the five criminal offenses is the charge that Merriman produced an 8-cannon firework and fired it at gardaí on Grafton Street during Saturday’s demonstrations.

A video of a person launching a firework at gardaí on Grafton Street was shared widely on Twitter on Saturday:

Merriman is additionally charged with producing two glass bottles and throwing them at gardai, as well as being in possession of two other glass bottles at the demonstration in Dublin City Center over the weekend.

A 30-year-old man has appeared in court this morning charged in connection with a firework attack on gardaí at a protest in Dublin last weekend | Read more: https://t.co/nrmhYCQjR2 pic.twitter.com/q5NbVJaMmU

Presiding Judge Brian O’Shea said in court that there were “no circumstances in which this could be viewed as a minor offence" and refused jurisdiction of the case, ultimately referring it to a higher court.

Merriman, who says he has a power washing business but has been out of work and receiving unemployment payments, has been offered free legal aid.

Judge O’Shea granted Merriman bail on the condition that he checks in twice a week at Shankill Garda Station, that he stay away from Grafton Street and the Dublin 2 area, reside at a named address, and keep the peace.

Merriman, who has not indicated how he will plead to the charges, is due to appear in court again on April 14.

On February 27, gardaí said in a statement that it had put in place a policing operation in relation to gatherings planned on social media “by disparate groups” to take place in Dublin City Centre.

The statement on Saturday said: “From approximately 1:30 pm, persons commenced to assemble in the Grafton Street area in breach of Public Health Regulations.

“An Garda Síochána has been consistent in our graduated policing response (engage, explain, encourage and, as a last resort, enforce) to supporting Public Health Regulations and guidelines in line with our tradition of policing by consent. Garda members engaged with the gathered individuals over a considerable period of time.

“Following continued and orchestrated non-compliance with Public Health Regulations and failing to comply with directions from An Garda Síochána, the gathering became violent on occasions with members of An Garda Síochána targeted with fireworks, missiles and spit."

Gardaí said that 23 people were arrested that day under Public Order Legislation and that three Garda personal were injured, with one requiring hospital treatment. 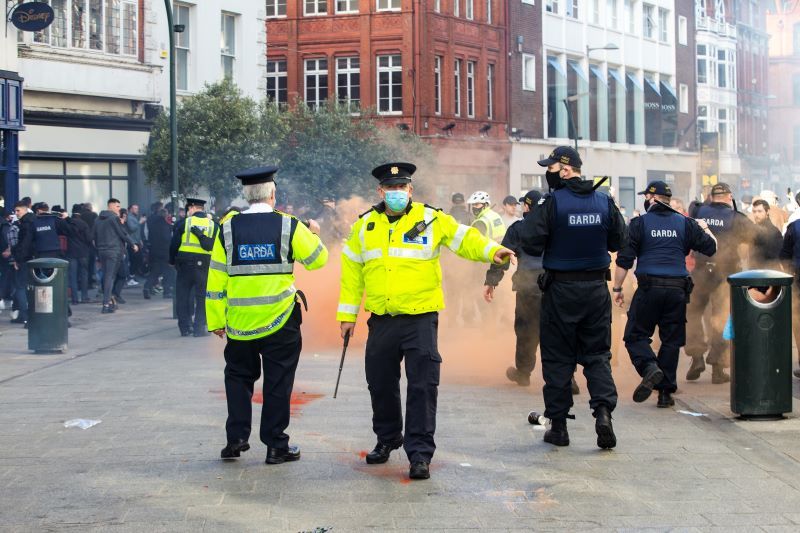 February 27, 2021: Members of An Garda Siochana at the Dublin anti-lockdown protests on Grafton Street. (RollingNews.ie)

Speaking that evening, Commissioner Harris said that "a major investigation" was now underway "to seek and bring to justice those that have committed offences."

Commissioner Harris said that Saturday's protest "sits outside the normal behaviours of our society" and that "the great majority" of Irish society is compliant with current regulations.

"An Garda Síochána responded in a professional manner today which resulted in calm returning to the city centre. We will maintain an active presence in the City tonight to ensure that the City Centre remains safe and secure tonight.”