Jackie Kennedy sketches at the center of court battle

Irwin Karabell, former assistant to Jackie's favorite designer Oleg Cassini, is accused by the designer’s estate of stealing his sketches. 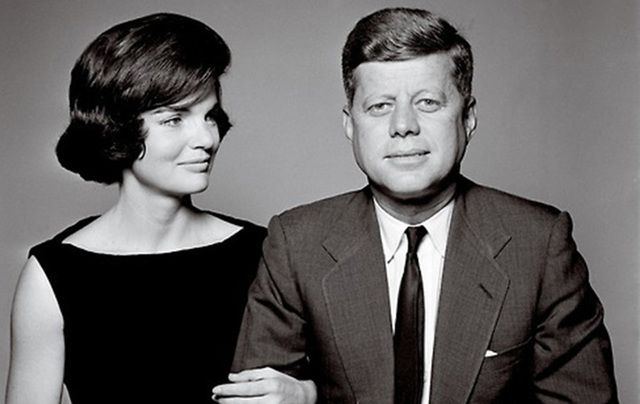 Fashion sketches showcasing the original designs behind outfits that transformed First Lady Jackie Kennedy into a style icon are currently at the center of an intense legal battle between the estate of the late designer Oleg Cassini and his former assistant Irwin Karabell, reports the New York Post.

Karabell, 78, ran two workrooms of Cassini’s studio when Jackie Kennedy Onassis’s clothing was created there during the 1960s. Karabell had several sketches he claims were given to him by his designer boss that he decided to put up for auction, but his attempts to sell the sketches were stopped by the Cassini estate, which accused Karabell of stealing the works.

“They’ve been in my closet all these years, and I thought maybe I’ll get rid of them and take a trip,” the ex-assistant from New York told the New York Post.

“A week before [they] were going to auction, the Cassini estate put a stop to it, saying that I stole them.”

The Cassini estate has now threatened to sue the late designer’s former employee, despite Karabell previously being listed as the owner of the sketches when they featured in a 2011 exhibit of Kennedy’s fashion in the Metropolitan Museum of Art.

The images in question depict some of President JFK’s wife’s most iconic looks and include handwritten notes from the First Lady in which she suggests alterations to the designs.

Included within the various sketches are a cream dress she wore in the photograph on the September 1, 1961 cover of Life, as well as a yellow suit and pillbox hat she wore to a state luncheon with Charles de Gaulle that same year.

On the sketch of the yellow suit is written “Make sure the skirt is not too slinky,” a direct note from the First Lady, while another design reads “No mink.”

Karabell claims that he sketched the designs based on dictation from the designer and that they were then sent to Jackie Kennedy for approval before the dresses were produced. As a result, the former assistant claims Cassini left several of these sketches to him as souvenirs.

“The young Mr. Karabell was involved at the very earliest stages of defining a look for Mrs. Kennedy that came to define an era,” said a spokesperson from Doyle Auction House, the New York-based auctioneers that was overseeing the sale of the sketches when Karabell first attempted to put them up for sale in late 2015.

The collection of a dozen sketches Karabell claims he owns ownership was expected to fetch $15,000 when first assembled for auction.

Cassini became a well-known designer for Jackie Kennedy while she was First Lady, helping to craft the highly popular “Jackie Look.” Cassini was introduced to Kennedy in 1953 shortly before her marriage to JFK and several years after his brother, society columnist Cholly Knickerbocker, named her as “Queen Deb of the Year” in 1947. As it happened, the designer had already come into contact with the JFK during the dying days of Cassini's second marriage to Gene Tierney, when the actress told him she had fallen deeply in love with a naval officer named John F. Kennedy.

A telegraph from Cassini to JFK. Image: US National Archives / WikiCommons.

By 1961, the First Lady had dubbed Cassini her "Secretary of Style" and used him as her exclusive couturier.

"I dressed Jackie to be a star in a major film, which she was, the most famous first lady of all time. I became her secretary of style," Cassini said in his book “A Thousand Days of Magic: Dressing Jacqueline Kennedy for the White House.”

Over the 1,000 days of the Kennedy administration, the French-born designer created 300 different outfits for the First Lady. According to Newsweek, in 1961 alone, Jackie Kennedy spent $45,446 more on fashion than the $100,000 annual salary her husband earned as president. Joseph Kennedy is said to have picked up the tab.

One piece designed for Jackie Kennedy by Cassini – a Swiss double satin white gown which Kennedy wore to the 1961 Inauguration Gala Ball in 1961 – was listed by the Design Museum in England among the "50 Dresses that Changed the World."