Jackie Kennedy’s revealing letters about JFK Jr up for auction

Former First Lady Jackie Kennedy was keen to see that her son John F. Kennedy Jr. make it through his time at Brown University. 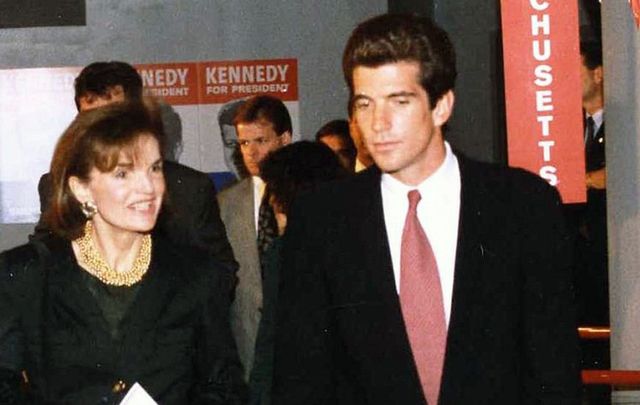 Letters from Jackie Kennedy to John F. Kennedy Jr’s professors at Brown University reveal her concerns for her son’s future.

The revealing letters from former First Lady Jackie Kennedy to members of staff at Brown University are being auctioned off and are expected to sell for as much as $85,000.

Jackie's worries about her son's academic performance are obvious in her correspondence with professors at Brown. She was committed to ensuring that her son would graduate.

Jackie Kennedy’s correspondence with Brown University began back in 1978 when she filled out her son’s application form while he was overseas. Writing on the form that her son is currently in Africa, the wife of the 35th US President John F. Kennedy, states that she will “attempt to fill this out for him” and completes the autobiographical section and indicates where his academic interests and hobbies lie.

Kennedy’s correspondence with the university sought to downplay the important job that her husband had as well as the tragic way in which his time as President was cut short.

When asked to describe her son’s background, Jackie writes, “Mother, sister grew up in New York City. Spends part of the summer by the sea in New England with many cousins,” while later simply stating that his father had worked in “government.”

This understatement continued throughout her correspondence with Brown. The letters currently up for auction reveal that she once asked a professor to ensure that JFK Jr. was not given preferential treatment because that could cause him harm in the long run.

“I have never asked for special consideration for my children because I feel that is harmful to them,” she wrote in one letter and it appears her appeals did not fall on deaf ears if the times her son was put on probation by the university is anything to go by.

The letters and documents, including JFK Jr.’s application to Brown University written by his mother, are currently up for auction via Gary Zimmet of MomentsInTime.com, which acquired the historic items from the estate of an administrator in Brown.

“The letters show how involved Jackie was with his education and his tenure at Brown,” Zimmet told Page Six.

While it may have taken some work on his mother’s part, John F. Kennedy Jr graduated from Brown University in 1983. It is believed that he wished to continue to study theater and work as an actor but was convinced to do otherwise by Jackie. He completed a law degree at New York University in 1989.

JFK Jr lost his life when the plane he was flying crashed near Martha’s Vineyard in July 1999. Caroline Kennedy is currently the only living child of First Lady Jackie Kennedy and President John F. Kennedy.

Read more: Was John F. Kennedy’s mistress killed because she knew too much?