Up Mayo! All-Ireland winners will be legends achieving the impossible dream

On Sunday, September 17, the greatest sporting event on the Irish calendar each year will take place, witnessed by 83k fans at Croke Park. 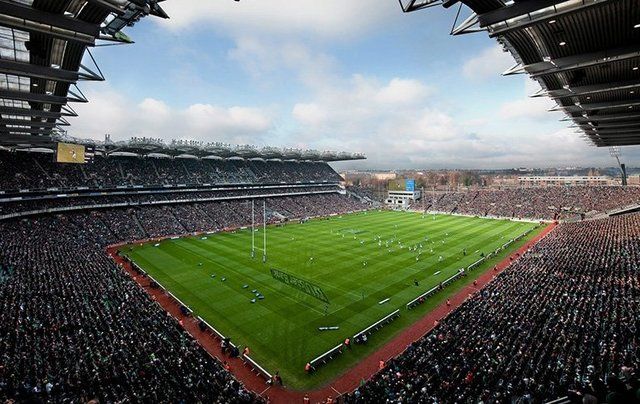 The heart of the GAA, Croke Park, Dublin.

On Sunday, September 17, shortly after 3 p.m. Irish time, the greatest sporting event on the Irish calendar each year will take place.

There will be 83,000 spectators present at the All-Ireland football final which, like last year, matches favorites Dublin and underdogs Mayo in yet another clash of the titans.

Dublin is a superb young side seeking its third All-Ireland in a row for the first time since the 1920s.  But there is little doubt where the hearts and minds of every other county in Ireland will be. They’ll be pulling for Mayo, which hopes to break a 66-year jinx without bringing the Sam Maguire Cup home.

Mayo is the Boston Red Sox and Chicago Cubs of Gaelic football rolled into one.  They have played 10 All-Ireland finals since they last won in 1951, and lost every single one of them.

Many of those losses, such as last year’s one-point devastation, have been heartbreaking, but amazingly Mayo refused to give up. Come Sunday they’ll once again grace Croke Park with their presence.

There are those who say that the team is jinxed by some kind of curse.  Last year, when Mayo conceded two own goals it certainly seemed that way.

This year Mayo started very slowly and were defeated by Galway in the Connacht semifinal, seemingly marking the end of a great but underachieving team.

However, to everyone’s surprise, Mayo fought their way back through the qualifying system, eking out narrow victories against Derry, Cork and Roscommon which they defeated after a replay.  Then they went on to defeat the mighty Kerry in the All-Ireland semifinal too. Talk about living on the edge.

Now they find themselves on the threshold once again, and should take encouragement from the fact that even the Red Sox and Cubs eventually managed to end their bad luck.

There are no more passionate followers of Gaelic football than the Mayo fans.  Even in the midst of winter, playing an inconsequential game, you fill find the stands packed with diehards.

Strangely, the fact that the team has fallen at the final hurdle 10 times only redoubles the loyalty of their fans, and the names on the team, because they have been around for so long, are known to every Gaelic football fan in Ireland.

Last week Galway, which endured a 29-year drought between winning All-Irelands, showed their western cousins how the breakthrough could be made with their hurling victory over Waterford.

There is little doubt that Mayo will start as firm underdogs against a Dublin team that has rolled over all opposition this year.

However, that very fact of easy victories may mean that Dublin is not as well-prepared as the battle-hardened men of the west who have played and won so many close games this year.

As one of the counties most affected by emigration, there will be Mayo fans all over the world, from San Francisco to Sydney, who will be listening in or watching live on the Internet.

There is a famous ballad called “The West’s Awake” by the 1848 revolutionary Thomas Davis, which celebrates the awakening of the west of Ireland and the beginning of a revolution.

No doubt this ballad, as well as “Moonlight in Mayo” and other popular songs will be given a full airing if Mayo manages to pull off a huge upset.

There is a strong feeling that this is the last year this particular Mayo side will be competitive, as many members are getting older.  They must know they will be legends for all time if they finally achieve the impossible dream.