Already healing Bono to return to Berlin in November after Ireland homecoming gigs in Ireland and he's already back using his platform for political purposes. 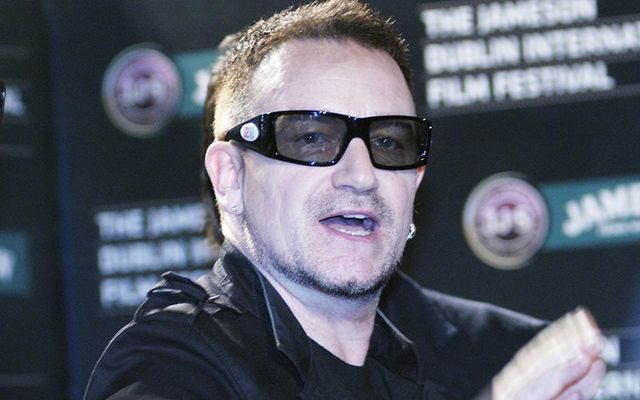 Already healing Bono to return to Berlin in November after Ireland homecoming gigs in Ireland and he's already back using his platform for political purposes.

Bono must have gotten an almighty scare on Saturday night when his voice gave up on him during U2’s second concert in Berlin, forcing a postponement of the show. Thankfully, 24 hours later, Bono issued a statement that he’s feeling fine.

"I've seen a great doctor and with his care I’ll be back to full voice for the rest of the tour. So happy and relieved that anything serious has been ruled out,” Bono said.

“My relief is tempered by the knowledge that the Berlin audience were so inconvenienced. There was an amazing atmosphere in the house, it was going to be one of those unforgettable nights but not for this reason.”

Bono promised that U2 would return to Berlin on November 13 for a make-up performance, right after their six sold out shows in Belfast and Dublin that would have brought their 2018 shows to an end.

U2 playing a previous show in Croke Park, Dublin.

U2’s Experience + Innocence tour resumed last Friday night.  Bono and his mates never miss an opportunity to make their political views known, and it’s well documented that the band was adamantly against Brexit and the U.K.’s departure from the EU.  To show support for a united Europe, Bono vowed to wave the European flag in Berlin.

"U2 is kicking off its tour in Berlin this week, and we’ve just had one of our more provocative ideas: during the show we’re going to wave a big, bright, blue EU flag,” said Bono in an opinion piece for a German publication.

"Europe is the theater of powerful, emotional, clashing forces that will shape our future. As a European I feel proud thinking back to when Germans welcomed frightened Syrian refugees (I’d feel prouder had more countries stepped up); proud of Europe’s fight to end extreme poverty and climate change.

"And, yes, extraordinarily proud of the Good Friday Agreement and how other countries have rallied behind Ireland on the border issue, revived by Brexit."

Bono attended to some political business before the Berlin shows, meeting with German Chancellor Angela Merkel in the Chancellery to share his thoughts on Africa prior to her trip to the continent.

Here's a short report on Bono losing his voice in Berlin: