Turning 27 - time to panic or embrace my freedom?

"Is this the year we are to be the most reckless because it’s our last hurrah? Or the year where we really ought to be planning for life beyond Carpe Diem?" 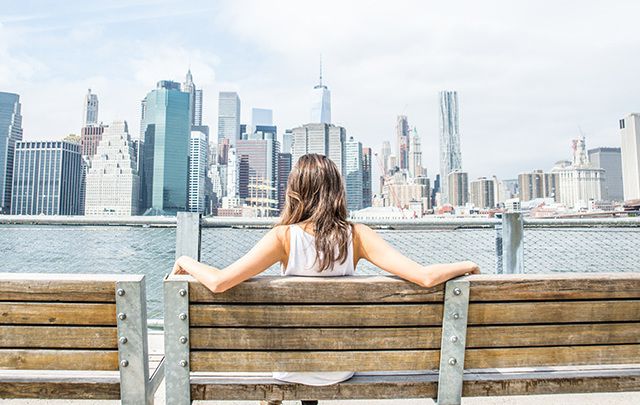 "Is this the year we are to be the most reckless because it’s our last hurrah? Or the year where we really ought to be planning for life beyond Carpe Diem?" iStock

On the morning of my mother’s 27th birthday, she woke up in total agony and spent the following 18 hours in further agony as she gave birth to me. In my fetal desire to steal her thunder, I was 10 days late, managing to arrive on her birthday that she already shared with her own mother.

The best birthday present ever, or the absolute worst?

Twenty-seven years later, and I think it’s safe to say that I won’t be waking up on Sunday morning in labor. I also won’t be waking up beside a husband who owns his own company, before going to work at a company that I own, while living in an actual house. Oh, how the times have changed.

I will be waking up single, in an apartment that I share with two guys (and, on occasion, their girlfriends) and a cat, in a room that has no furniture apart from a mattress on the floor and two suitcases.

For some reason, turning 27 is a big deal for a lot of people. It’s the time at which you move from being in the safety pool of your “mid-twenties” to being officially in your “late-twenties” and therefore officially an adult with impending responsibilities, if not a ton of existing ones that you have so far chosen to ignore.

Not to mention, this is the year where, if you are a talented musician or artist, you are most likely to meet your untimely death. If you don’t die this year, were you even an artist at all? Jimi Hendrix, Janis Joplin, Kurt Cobain, Amy Winehouse… the list goes on.

My friends and I used to joke about The 27 Club in college (when it was okay to have such a dark, offensive sense of humor) as an age that felt forever away. And now here it is, creeping up on us like this ominous threat.

Is this the year we are to be the most reckless because it’s our last hurrah? Or the year where we really ought to be planning for life beyond Carpe Diem?

In fact, I’ve now been out of college for longer than I was in college. And now I have to get my entire life together in three years -- no pressure.

Where’s the respect for your elders? This is just humiliating.

On Saturday night, I was trying on the engagement ring of a 24 year old “for luck.” I’m 90 percent sure I got a look of sympathy when I dropped the “I’m single” bomb, but maybe I’m projecting.

Dating now is a whole new ball game too. People start asking if you think it’s serious after approximately five minutes, and I don’t even know this person’s last name yet. So you start wondering if there’s even a point in casually dating people that you don’t ultimately see a future with, due to all of the aforementioned engagements and whatnot.

The mature (pretend, make-believe, hardly real) part of me is starting to wonder if there is a point in dating a string of idiots. The immature (basically 17, hopeless romantic, totally self-destructive) part of me is thinking it’s definitely okay to throw caution to the wind, to not panic about planning a future and to just continue having fun.

Maybe that’s exactly what it means to be 27 and single. We actually have more time to behave like we’re in our early-twenties because we’re not yet tied down. We still have a lot of freedom.

That being said, there’s a few different countdowns going on in the back of my mind. Purely because I was born on my mother’s 27th birthday, and not because of any desire to be laden down with diaper changes and all that riff raff, babies are suddenly a thing that my friends and I are talking about more and more. I no longer recoil in horror at pictures of friends’ babies and children, which was something I prided myself on for my entire life -- until now.

Just the other day, there had been a leak-like situation in a bathroom that I immediately offered to clean, in spite of it being completely disgusting. My friend, who has two kids, turned to me and said, “Well, if you’re that ok with cleaning up someone else’s mess, you’re 100 percent ready to have kids.”

Needless to say, I immediately broke out in a rash and frantically began re-evaluating my life. Need to meet someone by X to marry by Y to have first baby by Z? And that, my friends, is a slippery slope.

And turning 27 has been the first birthday that has made me ever start doing that math. Terrifying.

Working both with and against that horrifying arithmetic, is the adventure timeline. The tantalizing temptation to drop everything, take at least a year to go traveling alone, and go completely off the grid.

Life is not a dress rehearsal! You only live once! Carpe Diem! And the myriad other slogans go flying through my mind like a carousel.

I can’t go now because I haven’t established a career, and I have no money. But maybe it’s best to go soon because I have no furniture, no responsibilities, no humans depending on me. What if I wait and then it’s too late?

I know I’m not alone in asking these questions, and I know that all options are good ones. I’m spoiled really. It’s not quite Sophie’s choice, is it?

On one hand, turning 27 seems to be presenting an overwhelming collage of questions and decisions that will ultimately shape my adulthood. On the other hand, I’m kind of excited to get started.