Theresa May has been suckered by the Unionists

British Prime Minister got truly suckered by the Democratic Unionist Party in the negotiations to prop up the Tory Party in power. 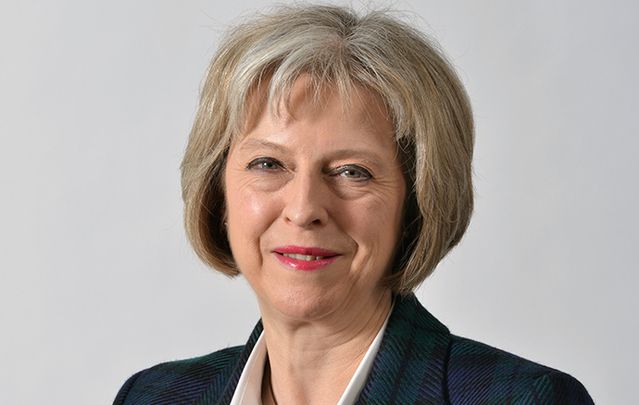 British Prime Minister Theresa May got truly suckered by the Democratic Unionist Party (DUP) in the negotiations to prop up the Tory Party in power.

It appears the DUP has won about $1.25 billion in funding for Northern Ireland, and good for them given the fact that they would never have voted the Tories out in the first place.

That’s because the alternative from their aspect would have been worse: a former Sinn Fein hugger, Jeremy Corbyn, the resurgent leader of the Labour Party.

Corbyn has a long history of activism on Ireland, and he and his deputy John McDonnell were considered the most militant Sinn Fein supporters in the British Parliament for many years.

Nothing would put the frighteners on the DUP more than a pro-united Ireland leader in Downing Street. But in her panic to retain power May made significant concessions to the DUP she did not have to make.

She also endangered the Good Friday Agreement and the resumption of a power sharing government specif cally with her decision to make the deal in the first place.

As the deadline for an agreeent on the resolution of the major problems in the North looms,the referee has suddenly donned the colors of one of the teams in the negotiations.

Try as May might to deny it, there is no doubting that Sinn Fein, well used to the playing of the Orange Card in British politics, are now looking at a stacked deck.

Lord Chris Patten, who did an incredible job reforming policing in Northern Ireland, commented that May has made a pact with the devil and endangered the peace process.

“The DUP is a toxic brand and the Conservative Party has got itself back into the situation where there’s a danger of it looking like the ‘nasty party,’ to borrow from Theresa May. Every vote will cost you. Every vote, you will have to find some way of paying for it and then explain to the Scots and the Welsh and people in the north-east why they can’t have the same thing too,” he said.

Indications of the diffi culties for May were immediate, with women’s groups marching on Downing Street in protest of the deal with a party associated so strongly with anti-gay, anti-liberal attitudes.  They carried banners reading “Racist, sexist, anti-gay, no DUP, no way.”

Sinn Fein leader Gerry Adams was in no doubt what the deal meant.

“It provides a blank check for a Tory Brexit which threatens the Good Friday Agreement,” he told reporters.

Corbyn was also quick in identifying the true nature of the deal.  “This Tory-DUP deal is clearly not in the national interest but in May’s party’s interest to help her cling to power,” he said.

It has been an astonishing turnaround for Corbyn.  Last weekend he received a hero’s welcome at Glastonbury, Britain’s biggest music festival. His day has come.

He has gone from no hoper to future leader as the Tories self-destruct over Brexit in the most startling fashion --and it will only get worse.

He is the prime minister in waiting as May tries to cling to power. The ink on the DUP deal may hardly be dry before this deeply unpopular government collapses.