The year of the Irish: Oscar noms galore and seven new movies at Sundance

2015 was an unprecedented year in Irish film making, but 2016 is already looking even more impressive. 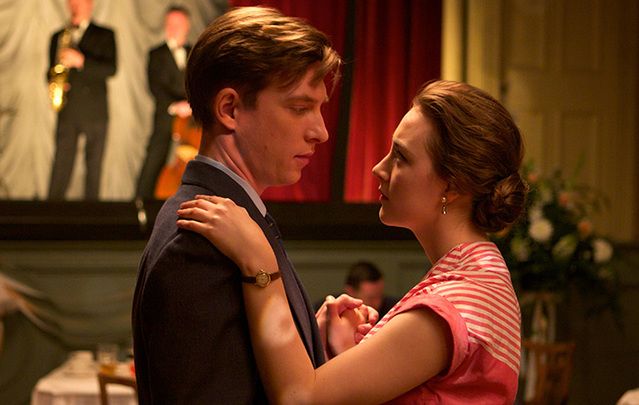 2015 was an unprecedented year in Irish filmmaking, but 2016 is already looking even more impressive. With Oscar nominated Irish talent in every main category this year, the party will continue when no less than seven new Irish films premiere at the Sundance Film Festival this month. Cahir O'Doherty looks at the main awards hopefuls in Irish filmmaking for the year ahead.This is unarguably Ireland’s year at the Oscars. Irish talent, from both the north and south, is participating on a scale never seen before in the country’s history.

Irish writers, actors, directors and films are all nominated in multiple categories this year, in a feat matched by no other country of its size. It’s not just a flash in the pan, either: seven new Irish films are set to play at the Sundance Film Festival this month, an unprecedented number.

Clearly the Irish film industry is making its mark on the world stage in 2016, and the diversity of new films, performers and storylines demonstrates just how many ways there are to be Irish, and how many contrasting stories we have to tell.

Whatever the outcome on Oscar night next month, it’s time to do a victory lap. First up is Domhnall Gleeson, 32, whose star turns in the Oscar-nominated "Brooklyn," "Ex Machina," "Star Wars: The Force Awakens" and "The Revenant" have resulted in a very Irish sort of superstardom.

Son of the accomplished Irish screen actor Brendan Gleeson, Domhnall got his first break when he accepted an award for his dad at the Irish Film Awards and made the crowd laugh uproariously.

That moment displayed his charm to the full and actually got him an agent. Fast forward a decade and he’s become hugely in demand.

Gleeson co-stars in two of this year’s best picture nominees ("The Revenant" and "Brooklyn") as well as in two more films ("Ex Machina" and "Star Wars: The Force Awakens") in receipt of multiple nominations, which will see him on the red carpet on February 28.

One real life character he’s telling the world he’d love to play is the legendary rock star David Bowie (who sadly passed away this month). “I can absolutely sing. I’m game,” he told the press this week. “As far as I'm concerned this is mine for the taking and I'll see you at the Oscars next year,” he laughed.

Another Irish leading man who has unarguably made his mark on the world stage is Michael Fassbender, 38, who received his second Oscar and first Best Actor nod this year for his turn as the world changing computer visionary Steve Jobs in the film of the same name.

“I just feel very lucky, very privileged,” Fassbender, who was raised in Killarney, Co. Kerry, told the press. “It’s been such a great year for cinema, even films that haven’t been nominated.”

Asked if he was surprised to be nominated after the film struggled to find a global audience he was characteristically philosophical. “I don’t think it ever changes. The first time, again, I was very humbled by the consideration. It’s the same this time, especially considering the company that I’m in and the performances that haven’t been considered. It’s always very exciting. Well, not always, just the twice.”

Interestingly Fassbender’s searing performance in "Macbeth" (which opened last month) didn’t merit even a mention, despite being obvious Oscar bait in its own right.

Dublin-based director Lenny Abrahamson, 49, was astonished to find himself nominated in the Best Director category for "Room," the mother-and-son-held-captive drama starring Brie Larson and Jacob Tremblay. In the end the film received four nominations, including nods for Best Picture, Best Actress for Larson, and Best Adapted Screenplay for Irish novelist Emma Donoghue, who also wrote the original book.

“This came down to some people who watched the film and really loved it and cared about it,” Abrahamson said.

“I had read all of the punditry, which I really believed. I had dampened everybody’s expectations here.”

When he heard himself nominated he was stunned. “I was delighted when Emma was called and when Brie was called, but absolutely flummoxed and flabbergasted and all those words when I heard my name. It’s wonderful that not everything in life is so predictable.”

One thing you can take to the bank already is that Irish actress Saoirse Ronan, 21, is seriously in the running for the Best Actress Oscar for her amazing work in "Brooklyn." Although Larson picked up the Golden Globe for "Room" earlier this month, it's certain that "Brooklyn" – a near perfect emigrant’s tale – could sway voters on the night.

On Sunday Ronan won the British/Irish Actress of the Year award from the London Film Critics' Circle for her performances in "Brooklyn" and "Lost River," so she has real momentum heading toward February 28.

Ronan wasn't the only Irish talent to pick up an award last weekend. Her fellow Oscar nominee Irish director Benjamin Cleary won the award for British/Irish Short Film of the Year for "Stutterer."

Making the headlines like this, and being seated at the front rather than the back of the theater, means that Irish filmmaking and filmmakers are finally, firmly on the global map.

CEO of the Irish Film Board John Hickey told the press: “It is just fabulous. I am not sure how I can express it. It is the most extraordinary, exciting moment in Irish film. We were watching it in the board. We were cheering. We were jumping up and down.”

Meanwhile, the forthcoming Sundance lineup suggest Oscar 2017 could also have a green tint. Rebecca Daly’s Mammal, a socio-realist drama starring Rachel Griffiths is scheduled to screen at the festival.

Paddy Breathnach’s Viva, an Irish-Cuban co-production that already has some observers flummoxed by the unlikely pairing, tells the story of a young gay man embracing the drag underground in Havana. Written by actor Mark O’Halloran and directed by Breathnach, the film is an atmospheric portrait of a young man's journey toward adult life.

Yorgos Lanthimos’s The Lobster, the whacked out romance starring Colin Farrell and Rachel Weisz, will make finally its Sundance appearance a full seven months after taking the Jury Prize at the Cannes Film Festival.

Perhaps most buzzworthy of all, John Carney, the director of Once and former bass player with the Frames, will unveil Sing Street, one of the most highly anticipated films at the festival.

Set in the 1980s Dublin of his youth, it's a musical slash autobiography featuring Jack Reynor, Maria Doyle Kennedy and Aidan Gillen.

“It’s a wish-fulfillment story where I get revenge on all my teachers,” Carney told the press. “I get the girl when I didn’t actually go up and talk to the girl at all. It’s authentically about how music saved my life.”

So it's a banner year for Irish film, and 2017 looks like it will be even stronger.