Leigh Griffiths was close to tears as he marked his return to the Celtic starting team with a goal in the 5-0 win over Nomme Kalju in the Champions League second-round qualifier. 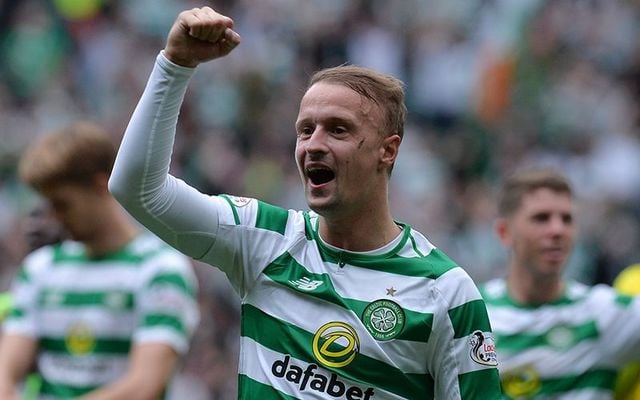 Leigh Griffiths was close to tears as he marked his return to the Celtic starting team with a goal in the 5-0 win over Nomme Kalju in the Champions League second-round qualifier at Parkhead last week.

Griffith helped Celtic to a big first-leg advantage in Glasgow before the return leg this week with that goal after seven months out of action as he battled depression.

“Words can’t describe how good a feeling that was when the ball hit the back of the net,” Griffiths said. “My kids were watching back home, I had friends in the stand. I was close to crying, I’m not going to lie. But I just had to refocus and see the half out.

“It’s up there with the England goals if I’m honest. A big thank you to my teammates and everyone connected with the club—if it wasn’t for them then I wouldn’t be back on the pitch.”

Parkhead hailed Griffiths after his goal, much to the delight of manager Neil Lennon who said, “The reception he’s got from the players, the supporters, the club, that makes me very proud. It’ll do his confidence the world of good.”

Lennon revealed after the Champions League game that he is keen to keep defender Kieran Tierney ahead of a fresh bid from Arsenal for the Scottish international.

“There’s a lot of speculation obviously and that’s going to rumble on,” said Lennon. “I’ve been answering the same questions over and over in every press conference.

“It is as we were a week ago. Two bids have been in, two bids have been rejected and that’s where we are. How confident am I he’ll still be a Celtic player come to the end of the window? Well, you can never say never.”