Sober first kiss on the third date? A Millennial's goal

"No sober first kisses. No memories of first kisses. I decided this was a disastrous reflection on millennials who are already – let’s face it – pretty much hated." 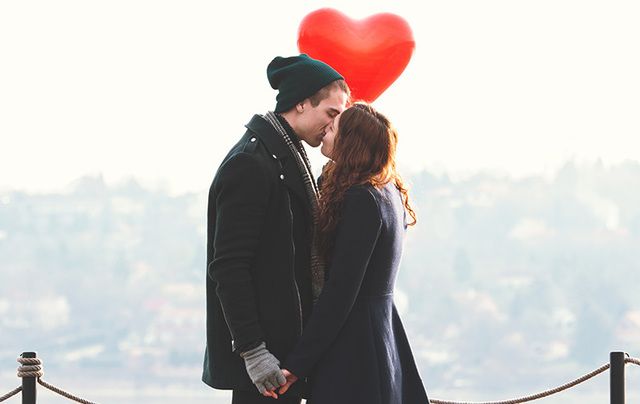 No sober first kisses. No memories of first kisses. I decided this was a disastrous reflection on millennials who are already -- let’s face it -- pretty much hated. iStock

On a cold evening last week, I snuggled up on my couch (bed) with a healthy salad (stack of pancakes) to watch an informative documentary (teen garbage chick flick) – a pretty standard millennial evening of total over-indulgence, lying to yourself about your own life, and lying to the world about the extent of your happiness via social media.

While spilling maple syrup all over my semi-freshly laundered sheets, I allowed my adult brain to get fully sucked into the world of adolescent love in a college dorm. The stolen glances while passing each other in the hall, the awkward moments wearing bathrobes in the shower room, the sticky eyed gaze you get after too many beers at a frat party – not that I know about the last part, given the total lack of frat parties in Ireland (for which I am eternally grateful by the way).

What struck me most, amidst the vapid dialogue and empty storyline, was the trepidation around the first kiss. Nervous laughter, skittish fidgeting and weird throat-clearing noises took over most of the movie until the kissing part actually happened.

It’s what we were all waiting for from the moment these two idiots laid eyes on each other, and we’ve had to endure a lot of nonsense to get there. So by the time it rolls around, we’re fully, emotionally invested.

To be honest, when the movie music started doing its thing to prepare us for the scene, I was expecting a massive anti-climax – something awkward and fumbling, quick and wasteful of my time, but I was completely and utterly gripped. The whole thing was entirely compelling – their innocence, their eagerness, their hope and expectation for everything that kiss might lead to.

Sure, they were acting. I get that it’s not real, BUT I was absolutely convinced of their genuine attraction to each other and maybe delusional but definitely adorable love for each other too.

The conclusion I reached was, in all honesty, horrifying. It was depressing, bleak, grim, and really shed a truly grey, miserable light on all that I had thought to be good – well, maybe not good, but at least mediocre – in love.

They were sober, those teenagers in that movie, maybe 18 or 19 in their first year of college. Hanging out on the quad after a class or some daytime event that didn’t require drinking. Sober.

Their first kiss was right there, outdoors, in the exposed light of day, with no liquid courage on board. Pure adrenaline, pure nerves, pure attraction with no beer goggles to blame the next day.

When I thought about it, I couldn’t remember the last time I had had a sober first kiss with someone – a kiss that I could actually remember in its entirety. That happened in the middle of the day, with no alcohol present.

So I messaged all of my Irish friends who would be awake and pander to my incessant need for validation for my questionable life choices, and asked if they too could not recall a sober first kiss.

The response was unanimous.

Not a single sober first kiss among them. So I began to put it down to an Irish thing, a cultural thing that we inherited by simply being born in a country riddled with binge-drink culture.

And then I thought – hold the phone – this has been the same story in America, not just Ireland. So I began to send messages to my American friends asking the same question, and instantly began receiving the same responses.

No sober first kisses. No memories of first kisses. I decided this was a disastrous reflection on Millennials who are already – let’s face it – pretty much hated.

We’re rarely featured in the media for anything other than being spoiled, lazy or self-entitled, and now here we are not even in a strong enough state of sobriety to remember a first kiss. To even bother being sober in the first place. Are we all drunk all the time?!

I began to do a little more research into this theory, and what I came up with was both shocking and reassuring to my own absolutely disastrous romantic life.

The conclusion, across the board, was that sober kisses don’t happen until AT LEAST after the third date. Three. That is three whole opportunities, three whole nights spent with a person without the comfort, the cushion, the courage of alcohol.

This is what we have become. This is where our confidence in our sober selves is at. A three-date minimum warm up before we rely on conversation sparked by our own brains. And at that, we probably resort to the cinema so that there’s at least two hours where speaking is not a requirement.

In my almost-year of singledom, I have not yet made it past a third date because I apparently find the company of others completely abhorrent, and am similarly repulsive to others, possibly because I am subconsciously (totally intentionally) over-analyzing their every move so as to transform it into a riveting tale, a new key insight into the millennial dating mind.

Perhaps they can tell that I am watching, judging, waiting for them to do something ridiculous that I can add to my anecdotal arsenal. This approach must be abandoned, for it seems I am missing out on something truly crucial. Magical.

My mission now is to make it past this seemingly impossible hurdle, and climb this seemingly insurmountable hill to the peak of the contemporary dating world – the sober first kiss.

Can it be done? Can I be tolerated for three whole dates?