Project Ireland 2040 is pie in the sky stuff

Ireland's development plan promises a €116 billion investment as the Irish government prepare for an extra one million people to arrive to its shores. 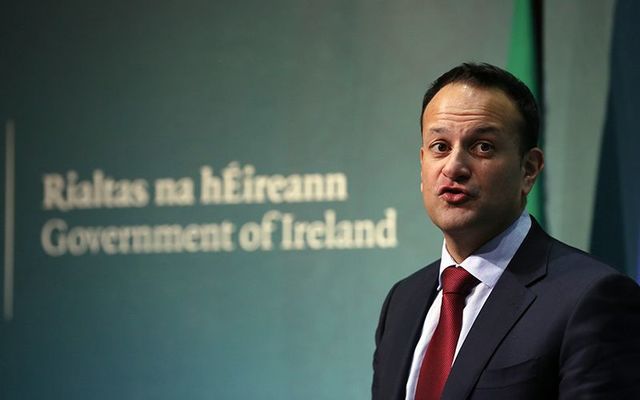 Ireland's development plan promises a €116 billion investment as the Irish government prepare for an extra one million people to arrive to its shores.

Recently the government launched its big plan for the development of Ireland over the next 20 years.  Titled Project Ireland 2040, the plan promises an investment of a massive €116 billion over the coming years as we prepare for the extra one million people expected to be living here by 2040.

“This marks a significant milestone in our country’s development, the point at which we put a lost decade behind us and move forward into a new decade of expansion," Taoiseach Leo Varadkar said at the launch.

He emphasized that it was a plan for all citizens – "the old, the young, and the yet to be born, living in towns, in cities and in the countryside. It’s about ensuring that all parts of Ireland fulfill their potential."

The entire cabinet traveled to the west of Ireland for the launch, a deliberate move to underline that this is intended to be a plan for the whole country rather than just for Dublin where too much development has been concentrated in the past.

The details are mind boggling, with billions to be spent on long promised projects like a metro to Dublin Airport which will be underground in the city center and will extend to growing suburbs north and south of the capital.   Around the country there will be new motorways, bus and rail services, new schools, new hospitals, a massive house building program, broadband for everyone and everything else you can think of -- there's even a half billion included for climate change preparation.

The list of projects and new infrastructure is too long to list here but you can find it all on the government's website -- see www.gov.ie/en/project-ireland-2040.  It was presented at the launch as a new beginning for Ireland, a master plan with massive investment which would transform the country.

However, despite the highly slick presentation and the grandiose speeches about re-imagining Ireland for a new era, public reaction to the master plan last week was muted.  While government politicians claimed it would recreate the country (when they weren't squabbling over which towns and cities would benefit most), ordinary citizens seemed to be skeptical.

And with good reason.  We have seen grand plans like this in the past which came to very little in the end.

The much-needed metro to Dublin Airport, for example, has been announced twice in the past.  One launch was back in 2002, with accompanying glossy plans, promotional videos and details of how much it would cost.  A timeline was laid out and we were told the funding was guaranteed and it was definitely going to happen.

We're still waiting, still in the embarrassing position that Dublin is the only capital city in Europe that does not have a rail link to its airport.

So perhaps it's not surprising that the ordinary citizen was stifling a yawn last week when Varadkar and his ministers were waxing lyrical about the wonders in the €116 billion master plan and how it would “enhance the well-being and quality of life” here by transforming infrastructure all over the country.

There was also a degree of nervousness in the air about where the €116billion is to come from.  The more gullible among us watching the launch on TV last week may have got the impression that it is all going to be free money which will fall from some magic tree somewhere.  Those people may have thought that the government would not be announcing how it would spend all this money if they did not already have it in the bag, so to speak.

But most people here realize that there's no such thing as a free lunch, never mind a free €116 billion.  The money will come either directly from taxation or it will be borrowed, which means it will have to be paid back in the future through taxation.   Last week's glitzy presentation was simply politicians telling us how they intend to spend our own money, whether we like it or not.

One consequence of the commitment to spend €116 billion is that it will leave very little room for tax cuts, something that is worrying people here who feel crucified by tax.  Our penal tax rates mean that the top rate of income tax kicks in at just €33,800 for a single person -- the state takes half of anything you earn over that in various income taxes.

So people are now asking if the promises to cut the penal taxes that were introduced after the financial collapse have been shelved.  A decade after the crash, with a recovery underway, are we to be left with this killer level of taxation which drains incentive from people?

To be fair to the government, there is nothing new about thinking ahead and announcing a master plan for future investment.  It has not been done for the last decade because we had no money after the crash and the concentration was on keeping the show on the road.   But national development plans used to be announced every four or five years in the decades before and during the boom.

The general idea is that investment in infrastructure improves efficiency in the economy and enables faster growth, that the projects undertaken pay for themselves over time.  But will they?

We are notoriously bad in this country at  delivering projects efficiently, with many in the past running way over time and vastly over budget (like Terminal 2 at Dublin Airport and various motorways around the country).  Will it be better this time?

A major emphasis in the plan is to spread development across the country, with substantial investment in other cities and big towns instead of Dublin. Cork, Galway, Limerick and Waterford will grow by at least 50 percent.  Related to this, for example, will be a new motorway between Cork and Limerick and a new Atlantic road corridor, an upgraded road linking Limerick, Galway and Sligo.

These are admirable ideas, of course, and the west of Ireland deserves investment as much as the east.  In a perfect world where we have money to burn of course we would want spectacular roads all around the country.  But will these road projects really pay their way by generating enough extra business or tourist activity?

There is a more general concern also about the basis for this master plan.  The whole plan is based on and justified by the "fact" that the population of Ireland will increase by a million people by 2040.  Which is another way of saying our population will grow by one fifth in the next 22 years.

Whether you think this remarkable population growth is a bonus or a problem depends on how you see Ireland now and in the future.  There are a number of European countries with aging and shrinking populations who would love to have this kind of challenge.

But how does the government know this?  The prediction is presented in the plan as a fact.

It is nothing of the sort. It's an estimate made by academics in the Economic and Social Research Institute, the main research body in Ireland which is funded by the state.   Exactly how this was arrived at is not made clear in the plan, but it's probably based on an extrapolation of the demographics in the last census, the age structure of the population, birth rates, etc.  It probably also depends on estimates about future immigration based on our economic growth, as well as other factors.

The institute has a good reputation but it's not right all the time and this is speculative territory.  Another economic downturn here after a hard Brexit, for example, could completely change the picture.  Even if we could afford it, all this investment might not be necessary.

It's also important to remember that 20-year master plans like this are long-term objectives, whereas politics is a short-term game.  The bottom line is that much of Ireland 2040 is pie in the sky.

Some of it may be implemented in the next year or two but a lot of it -- maybe even most of it -- may never happen. From a political perspective, however, it makes good headlines for the government and plays into the feel-good factor surrounding our new young taoiseach.

There is more than a suspicion that last week's visionary launch was less about Ireland in 2040 and more about an election later this year or early next year.   Varadkar's JFK-like aura has given Fine Gael a significant lead in the polls.

In comparison the Fianna Fail leader Micheal Martin is old and slightly tainted, since he was a member of the Fianna Fail governments that led us into the boom and bust.  What better time for Fine Gael to publish a master plan promising the sun, moon and stars and then call an election to strengthen its position as the dominant player in a future coalition.

Roll on the election!