Ann Sheeran, known as Nancy, is fit as a fiddle and enormously proud of her famous grandson, who spent summers during his growing up years at the family homestead in Wexford. 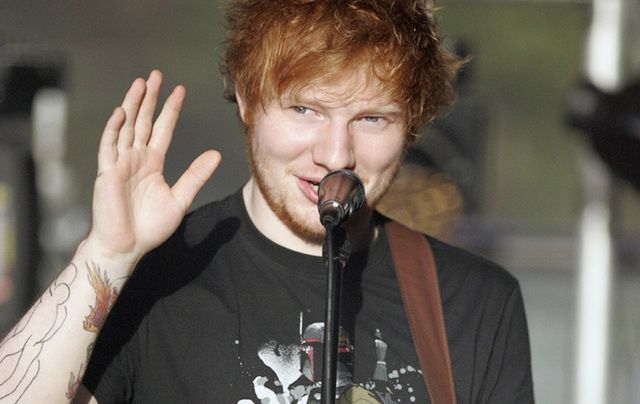 Ed Sheeran's summers with his granny in Wexford certainly left their mark.

Ann Sheeran, known as Nancy, is fit as a fiddle and enormously proud of her famous grandson, who spent summers during his growing up years at the family homestead in Wexford.  Nancy gave an interview to RTE last week and said her Ed is totally unaffected by his global success.

"I'll never think of him as being famous I have to say," she said during her TV interview.

"He's exactly the same as he always is when he visits. And it's very rare because he's always working and when you think he was working from the age of 14, you'd have to feel sorry for him, you know he's so tired but he loved it.  He’s perfectly normal.”

Nancy and her husband William raised eight children and have 23 grandchildren.

“[Ed] was lovely as a kid. He came ever year on holidays,” Nancy recalled.

One of the songs on his new album, Divide, is titled “Nancy Mulligan,” in honor of his gran and her marriage to William despite the fact that theirs was a mixed union – Catholic and Protestant.

Ed himself spoke to The Irish Times last week about his love of Irish music and the influence it’s had on his career.

“I was angling for this to be a trad album,” he says of Divide. “I’ve always wanted to make one, and I recorded about six or seven songs for this. But it only ended up being two of them.

“I grew up on Planxty and the Chieftains, and I really like Irish music. I don’t think enough people use it in pop music. For some reason it’s considered twee and old, but it’s such exciting, youthful music, it should be at the forefront of pop culture. Hopefully if these songs are successful, more people will do a bit more like it.”

The second song that made the album cut is “Galway Girl,” named after his friend Niamh Dunne, a fiddler in the Belfast band Beoga.