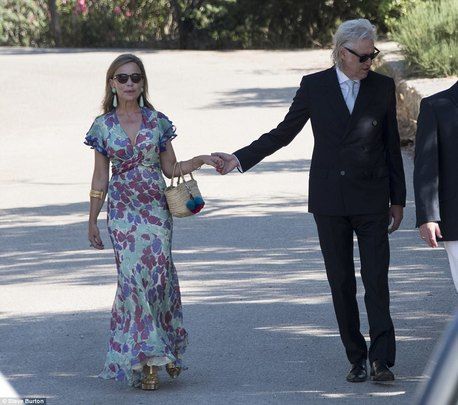 A happy occasion for Bob Geldof, thankfully: he gave away his 25-year-old daughter Pixie on Saturday in Majorca, Spain.

Pixie, according to The Daily Mail, was an unassuming bride, arriving to the church in a big bus along with the rest of her bridesmaids. But she left her groom and the other guests waiting for over two hours while she got there.

It was a wedding made for the paparazzi. Those in attendance included One Direction's Louis Tomlinson and Harry Styles – one of the hottest pop stars on the planet right now with his skyrocketing solo career – and many U.K. TV personalities.

Bob was accompanied by his wife, Jeanne Marine. His daughter Fifi was there too, as was Thomas Cohen, widower of Bob’s daughter Peaches who died in 2014 of a drug overdose.

Where is your ideal wedding destination?