Margot Robbie said " Saoirse Ronan… who is just the most boss actress there is. She is a gem of a human being, and it was amazing." 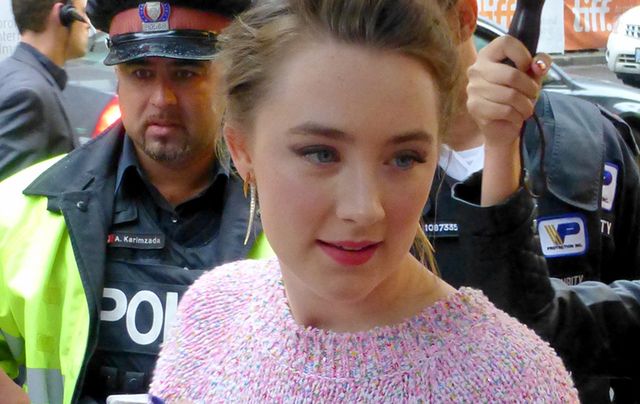 Saoirse Ronan is working hard in chilly Scotland on her new film Mary, Queen of Scots.  The Irish actress, recently tipped by The Hollywood Reporter as a candidate for her third Oscar nomination for her starring role in Lady Bird which opens next month, plays the title role of Queen Mary, and as you can see she’s unrecognizable in her royal regalia.

Mary, Queen of Scots co-stars Margot Robbie, who recently praised Saoirse during an interview to promote Goodbye Christopher Robin which stars Domhnall Gleeson. (Aussie Robbie certainly is getting her Irish up these days.)

“I just had the pleasure of working with Saoirse Ronan… who is just the most boss actress there is.  She is a gem of a human being, and it was amazing.  Such a great experience,” Robbie said.

According to Indiewire.com, Mary, Queen of Scots will be released sometime next year, and “explores the turbulent life of Mary Stuart, who became Queen of France at age 16 and widowed at 18. Robbie plays Mary’s biggest rival, Elizabeth I. Each young queen is fearful and fascinated by the other, but their loyalty to their countries is threatened when Mary asserts her claim to the English throne.”