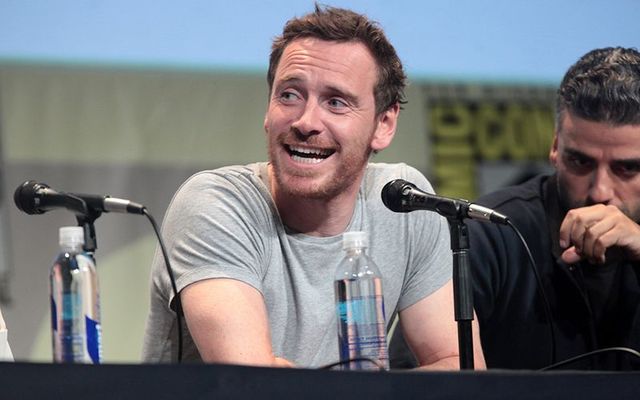 He's best known for his work on screen, but Michael Fassbender is definitely happiest when he’s behind the wheel of a really fast car.

The Hollywood Reporter caught up with the 41-year-old Irish/German actor in California last week to talk about his passion for motor sports.  He’s good too, winning a race in the 2018 Daytona Ferrari Challenge in January, though he didn’t have much luck last weekend in Montreal.

"It's one of the things about the job that I do that's a huge perk, just an absolute dream come true," says Fassbender, who was obsessed with Formula 1 and watched the races all the time while growing up in Co. Kerry.

"It was always a goal to do some sort of racing at 40, but I didn't imagine that I'd be in a series like this with very powerful, very fast 660-odd horsepower machines.  It's a lot more fun prepping for this than learning lines at home.”

THR reports that Fassbender, married since October to Oscar winning actress Alicia Vikander, “possesses an encyclopedic, arcane knowledge of 1980s Group B rally racing and has logged more than 120 hours behind the wheel of his 488 Ferrari Challenge car — valued at $330,000, featuring a 670-horsepower, 3.9-liter turbocharged V-8 engine. It's numbered 133, because, as he says, ‘three is my lucky number.’”

Apparently Michael is way more than just a famous face on the track. Ferrari head instructor Didier Theys says, “From the start, Michael has shown a great deal of dedication and talent as a competitor…like many of his fellow drivers, he's something of a perfectionist and determined to win.”

Says Fassbender, "When it comes to the first practice day, your brain and body have to assimilate to these high speeds. You get into the car and think, 'Oh, God, I can't do this,' but it's incredible how the body and mind adapt — it's just about focusing and trying to get in a rhythm. Racing is something that really does bring that level of forced meditation — it's very rare in life."