Why is Mayo the best-loved football team in Ireland?

The swagger, after the guts of a long decade, after a pile-up of summer disappointments, remains. And how is that? 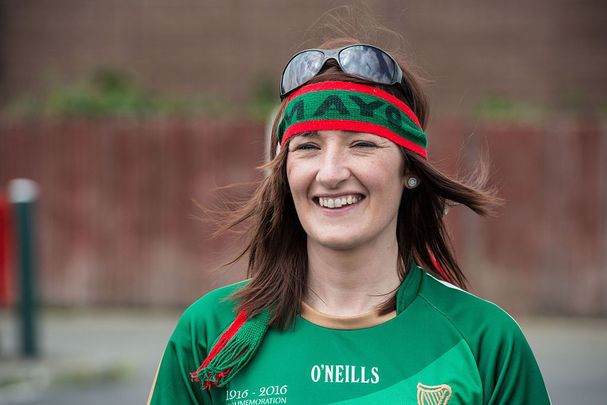 The swagger, after the guts of a long decade, after a pile-up of summer disappointments, remains. And how is that?

The Mayo football team is indeed a wonder.

And even though Dublin has won six All-Ireland titles in this same decade, Mayo is shoulder-to-shoulder with Jim Gavin’s brilliant crew when it comes to choosing a football team who are a joy to watch.

Mayo, also, might be the best-loved football team in Ireland.

How on earth is it possible?

What makes their manager James Horan turn up at the Gaelic Grounds in Limerick last Saturday evening – the scene of an epic All-Ireland semifinal replay defeat to Kerry five years earlier, which quickly resulted in him announcing a heartbroken resignation – with a smile on his face, and one that remains as TV reporters ask him a dozen questions?

Read more: Mayo football is peaking at the right time

He had a lot to fear on Saturday. Mayo was facing their toughest and most defiant of neighbors, Galway, in a round-four All-Ireland qualifier that was going to see one team slip into the glamorous surroundings of the Super 8s, and the other hurriedly exit stage left.

It was a game nobody wanted to call.

Galway has the edge on Mayo in local battles of late. They’ve had more fire in their bellies. A greater need to prove themselves Mayo’s equals and perhaps something more.

And what did we get from Mayo as we waited for the ball to be thrown up into the air? We got engaging smiles.

And then, a swagger.

A swagger which is hard to deny. It means something.

It tells us Mayo are happy, at ease, enjoying themselves. And, it tells us something else.

It strongly suggests that Horan and his lads seem to think that they have as good a chance as anybody else of lifting the Sam Maguire a couple of months down the road.

Mayo beat Galway 2-13 to 1-3.  In truth, they wrapped Galway up very early on with a performance that was full of crazed but controlled tackling at the back, that contained strong, forceful running with the ball that tore their opponent’s defense to shreds in a matter of minutes.

Mayo spent most of the evening with a two-goal lead, both scored by new boy James Carr. His first in the sixth minute was down to the generous fumbling of the Galway goalkeeper Bernard Power.

The second three minutes later? It will be hard to beat as Goal of the Season.

Carr claimed the ball 45 meters out near the right sideline. He turned his man Liam Silke inside out, and then he blazed a powerful path through a busy Galway defense before whacking the ball into the top corner of the net.

It was a game in which Mayo was simply too good for Galway throughout. Keith Higgins, Colm Boyle, and Co. at the back were supreme in getting out in front of their men and winning the ball.

In the middle, Aiden O’Shea was simply imperial. Up front, with Cillian O’Connor back for his first start of the year, and with new full-forward Darren Coen dancing in and out of the tightest corners, there was a danger that Galway was going to get thumped by double figures.

Instead, it ended a one-score game.

This, after all, is Mayo. The most entertaining, the most electrifying and the most flawed team in the modern history of the game – only Mayo could have kept the front door wide open for Galway in this contest.

For Galway, even if they had somehow tied it up at the end courtesy of their opponent’s good nature and inability at keeping their boot on another team’s throat, a late and dramatic draw would hardly have left them much happier.

This was a dire performance, and it should spell the end of Kevin Walsh’s reign. The former midfield great has given five years of his life to rebuilding Galway, but he has a team on his hands that eats, breathes and thinks defense – and aren’t all that good at, well, defending.

At the other end of the field, Galway has one of the most skilled attackers in the game in Shane Walsh. He’s expertly two-footed. He’s also 26 years of age and into the second half of a county career in which he has had no opportunity of making Galway a winning football team.

Walsh finished the game by sending a free low and hard to the Mayo net six minutes into added time. Before that, he had scored from two frees and one 45, a meager return from someone who should always have star billing in every stadium in which he plays.

Yeah, only Mayo could have given Galway a sniff at the very end and kept all of us watching on the edges of our seats.

But Mayo is into the Super 8s, and on Sunday they travel down to Killarney to play their first game in their group (before meeting Donegal and Meath). Horan says he’s already looking forward to it.

“We’ve had a few clashes with Kerry already this year and we’re looking forward to going down there…we genuinely are!” he stated.

Indeed, it was Mayo who denied Kerry in the National League final in April. But if Kerry is nursing something, and seeking revenge, nobody in Mayo is going to lose any sleep over it, it appears.

Mayo has that swagger. It never actually went away, and they have their new colossus in the middle, Matthew Ruane, and the country’s most tenacious defender, Lee Keegan, due back any week now.

Mayo has no right to believe that after so much heartache and self-inflicted anguish this decade, that there will be a smooth, rewarding, winning conclusion.

At the same time they know (and we share their belief) that if any team has a God-given right to deny Dublin a historic five-in-a-row of All-Irelands, it is them.

One All-Ireland after 10 years of giving would be something of an injustice, but think Mayo would complain?

Will Dublin take the All-Ireland again this summer? Let us know your thoughts in the comments section, below.