County Tyrone woman charged with a felony fraud for selling tickets in the local Irish community for a bogus fundraiser for NolanStrong, a child cancer victim. 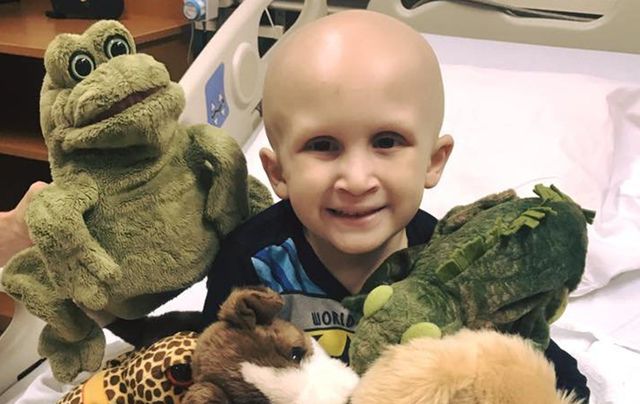 County Tyrone woman charged with a felony fraud for selling tickets in the local Irish community for a bogus fundraiser for NolanStrong, a child cancer victim

A 35-year-old Yonkers resident originally from County Tyrone, Tracey Jacqueline Weir, was apprehended by Yonkers police last week and charged with a felony fraud count for selling tickets in the local Irish community for a bogus fundraiser to aid a child cancer victim.

Weir, mother of a toddler boy, was arraigned in Yonkers Criminal Court on August 10, charged with one count of scheme to defraud which is a Class E felony. She sold tickets in Irish bars and businesses which promised a raffle at the Aisling Irish Center on July 29 to aid cancer research in the name of the late Nolan Scully, a four-year-old boy from Leonardtown, Maryland who died in February after an 18 month battle against rhabdomyosarcoma, a rare cancer. Nolan’s fight attracted much media attention, as did the Facebook page NolanStrong which posted regular updates about his condition.

Yonkers Police Commissioner Charles Gardner said, “This defendant allegedly defrauded multiple people using the name of a deceased child. Not only were the victims affected, but the family of Nolan Scully more so; their unimaginable loss was exploited for selfish greed, compounding their pain and suffering. It is our hope that with this arrest, we can offer the Scully family some degree of closure to this upsetting incident.”

The Aisling Irish Center notified the police in July that a bogus raffle was being run in its name, and that the perpetrator was promising a draw at the center on July 29 for local businesses and residents who purchased tickets, at $25 a pop, which offered a TV, iPad and Visa gift cards as prizes.  The Aisling Center issued a press release at the time notifying the public about the scam.

According to a press release from the Yonkers Police Department, detectives “interviewed multiple subjects, canvassed and identified witnesses and victims who purchased tickets, and reviewed hours of surveillance video. A suspect was identified and sufficient evidence collected which yielded probable cause to charge that suspect with a crime.”

Ruth Scully, Nolan’s mother, was outraged when she discovered a criminal was raising money in her son’s name.

“The more I think about this, the more furious I get for numerous reasons,” she posted on the NolanStrong Facebook page last month.

“First and foremost, knowing that any of Nolan's “Friends” could potentially have been taken advantage of by this person is saddening. Thankfully, most people do not think and act like this person, but those that do, I urge them to visit their local Pediatric Oncology Unit or sit and have a thirty minute conversation with a bereaved mother that watched their child suffer and die in front of their eyes.”

Weir is due back in court on August 25.