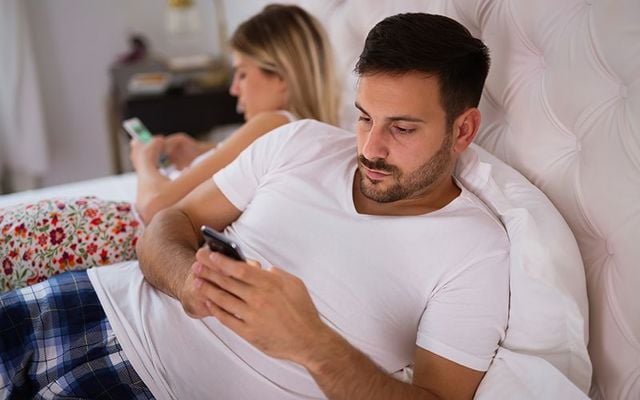 More and more Irish are signing up for an website focused on infidelity. iStock

A leading dating service for adulterers has reported unprecedented growth in the Irish market, with more than 1,000 new registrations from Ireland every week.

A representative for the website said the increase in interest from Irish clients – there has been 43.8 percent rise in registrations over the prior six months, or over 1,000 per week – can be explained by both the prohibitive cost of divorce in Ireland, along with an increasingly liberal attitude towards sex and relationships.

Spokesman Christian Grant said, "There are countless reasons for cheating, but the biggest catalyst in this day and age is arguably the economic cost of divorce.

"We see unhappily married couples who are worried about, or who simply cannot afford to divorce, so they turn to an affair as their main outlet.  That's most certainly been the case in Ireland, with a huge surge in adulterers.

"Ireland has also adopted a far more liberal attitude to sex and relationships, particularly in 2017.  With same-sex couples now legally allowed to adopt, it's clear to see that Ireland is undergoing a significant transition in its attitudes towards relationships, which has no doubt influenced many to become more liberal sexually."

Meanwhile, the Christmas period appears to have driven more frustrated partners to the site than the year before, with a 23 percent year-on-year increase in sign-ups by the end of December.

Further analysis of the figures reveals the average male member is 47, while the average woman is 42 – with a relatively even split across the sexes.

The site's chiefs have also noted an increase in activity among Irish emergency service workers, who now number over 4,000 [4,085].

Grant said he's not surprised by the trend as those working in the emergency sector who seek out relationships outside their marriages have a cast-iron alibi.

He explained, "Emergency workers find themselves in a unique position.  Needless to say, while many don't have an affair on the job, they can tell their partner that they've been summoned to work and are on call, sneak away for a couple of hours and the job's done."

Grant added, "Our members have one thing in common – they are all looking for a little romance outside their current relationship.

"Whether that's the occasional bit of flirtatious chat, a regular coffee date, or a full-blown affair, that's up to them."