An Irish-based murder suspect in an Italian cell has claimed his wife is still alive after she disappeared from an 11-day cruise in the Mediterranean. 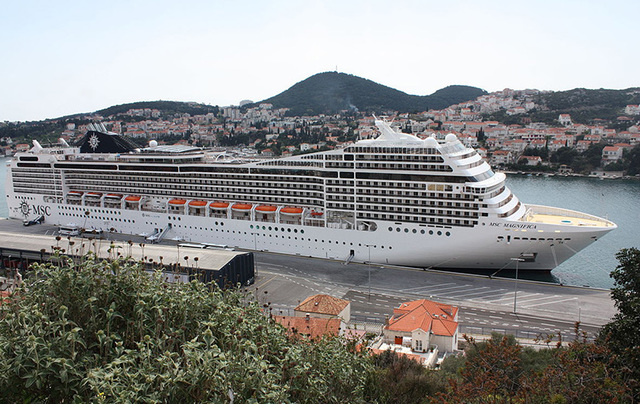 Wedding-planner wife Li Yinglei went missing during the cruise on board the MSC Magnifica.

An Irish-based murder suspect in an Italian cell has claimed his wife is still alive after she disappeared from an 11-day cruise in the Mediterranean.

Daniel Belling, 45, an IT consultant who lives in Clare Hall in Dublin, is prison in Rome on suspicion of murdering his wedding-planner wife Li Yinglei during the cruise on board the MSC Magnifica.

Belling, a German native living in Ireland for several years, was about to board a flight with the couple’s two young sons aged six and four after the cruise when he was arrested by Italian police whose suspicions were aroused when the crew reported one passenger less on the disembarking list.

In a preliminary investigation in Regina Coeli prison in Rome, investigative judge Maria Paola Tomaselli ruled that Belling should remain in custody because of his “suspect” behavior and because, if released, he would attempt to escape the country.

The children are in the care of Italian social services while arrangements are being made for relatives to collect them.

Belling’s defense lawyer Luigi Conti told The Irish Times and the Sunday Independent that after she ship sailed from Valetta in Malta to Katakolon in Greece his wife said she was not enjoying the cruise and wanted to get off the ship.

At Katakolon she remained on board while her husband and the two boys went sightseeing ashore. When they returned the woman was gone along with her luggage.

The lawyer said her disappearance wasn’t reported to the ship’s captain as she had previously behaved similarly when she walked off during a family holiday. The husband said she had either returned to Dublin or to her native China.

Conti said the wife was a missing person and the international police agency Interpol was obliged to search for her.

A souvenir shop owner on the ship told reporters that she remembered when Belling was “agitated” in her store and “yelled” at his wife over her shoes.

The shop owner added, “He said ‘put these on instead of your sandals and shut up,’”  She added that he handed his wife a pair of gym shoes.