Irish have beef with China - $123 million worth

Ireland becomes the first European exporter to secure access to China beef market in deal that could be worth $123 million. 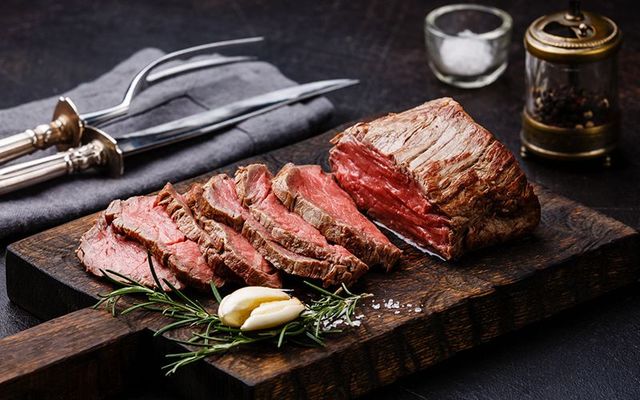 Ireland becomes the first European exporter to secure access to China beef market in deal that could be worth $123 million.

Ireland has broken into the Chinese beef market with orders that could be worth over €100 million.

Experts reckon that could be just the tip of the iceberg with Ireland, the first European exporter to secure access to China, likely to build a trade that could be worth many billions of euro per year.

China, where a growing middle-class has helped consumption of beef rise steadily, is now the world’s second biggest beef importer. Access to the market is seen as an enormous boost for the industry in Ireland.

Beef has generally been a minority taste in China compared to pork, but it is growing in popularity. China is now the world’s second biggest importer of beef.

#Breaking Irish Beef to China: After several years of hard work by many I'm delighted to announce that the Chinese authorities will this week confirm access for Irish Beef exports to China! pic.twitter.com/iBwP6v4f37

Rising demand, combined with the expense of domestically produced meat, means the country is looking overseas for its beef.

Agriculture, Food and Marine Minister Michael Creed, who announced the breakthrough into China on Monday, said that opening and developing new markets is a key part of Ireland’s response to the uncertainties arising from Brexit.

Britain currently accounts for 50 percent of Irish beef imports, a market that faces serious problems when Britain exits under Brexit from the European Union.

Ireland will initially be exporting frozen boneless beef to China, but Creed said it may be possible to expand the range of products over time.

Three Irish plants have already been approved by the Chinese authorities – the ABP plant in Clones in Co. Monaghan, Slaney Meats based in Co. Wexford and Donegal Meat Processors in Carrigans.

Another five factories are expected to get approval soon for export to China.  A total of 25 beef factories throughout Ireland sought to access the Chinese market.

Creed is to lead a trade mission to China next month to further build on growing relationships.  He told RTE that the process to get to this point was “slow and complex.”

“Primarily it’s a triumph for our beef farmers because they’re producing quality. But there were a lot of hoops to be jumped through: diplomatic, political, technical but they’re all cleared now,” he said.

“This is a market of nearly 1.5 billion people so a small part of that market can deliver huge rewards.”

It is three years since Beijing formally lifted a ban on Irish beef exports to China imposed after the BSE crisis known as mad cow disease.