The Irish in America who defied stereotypes about how uptight and stuffy the sons and daughters of Erin could be and created their own cultural movement, one which was part-Irish, part-East Village. 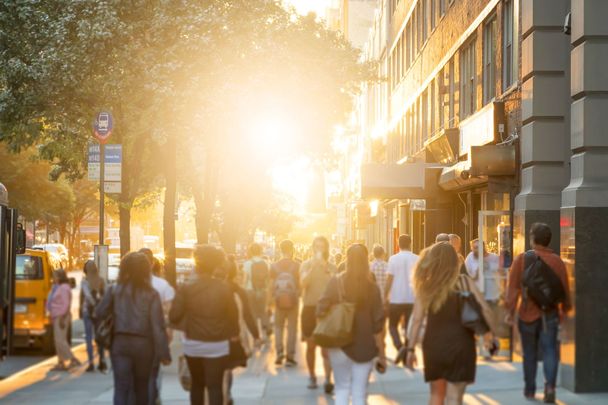 The Irish in America who defied stereotypes about how uptight and stuffy the sons and daughters of Erin could be and created their own cultural movement, one which was part-Irish, part-East Village.

This week, The New York Times wrote up one of those stories that -- not to put too fine a point on it -- makes you feel kind of old.

“Seventeen years ago,” the story begins, “Manhattan was still the kind of place where a musician could arguably become more famous just by being seen out on the town every night.”

The story was about a 32-year-old named Jesse Rifkin who conducts walking tours in Manhattan and Brooklyn.  The tours focus on “inconspicuous-looking buildings … all over the East Village and the Lower East Side to trace the rise and fall of the Manhattan indie-rock scene of the 1990s and 2000s, personified by bands like LCD Soundsystem and the Yeah Yeah Yeahs.”

Yikes.  I like the neo-garage-rock stylings of The Strokes as much as the next fellow.  But as a child of the ‘80s, it’s a little jarring to not only take that music seriously but to consider it, you know, history.

Yet Rifkin not only manages to get two hours out of his walking tour, but he also “outlines how the area’s artist-friendly rents, walkable geography, and counterculture roots helped fuel that era’s music scene.”

The Times also notes that “one of the first stops” on Rifkin’s tour is the one-time location of Sin-é, “the defunct Irish-owned coffee shop on St. Marks Place where a young Jeff Buckley got his start playing for tips in the ’90s.”

Sin-é was founded by Irish immigrant Shane Doyle and had numerous incarnations around the Lower East Side as well as Brooklyn.  But its heyday was on St. Mark’s Place in the ‘90s, when not only Jeff Buckley but eclectic artists from Sinead O’Connor to Shane MacGowan to Allen Ginsberg performed there.

But mainly, it was a cultural home for the Irish in America who defied stereotypes about how uptight and stuffy the sons and daughters of Erin could be.

“Previously, Irish expatriate artists involved themselves in American artistic and cultural movements and undergrounds,” wrote poet Eamonn Wall in an essay in his book "From the Sin-é Café to the Black Hills: Notes on the New Irish."

“What happened at the Sin-é was that the sassy new Irish created their own cultural movement, one which was part-Irish, part-East Village, and which was unashamedly ethnic and multicultural … (It was a) postmodern, downtown fin de siecle Gaelic Park with attitude.”

But as “new” as the Irish at Cafe Sin-é must have felt, the truth is that they were just the latest in a wave of downtown New York Irish who spanned the spectrum of artists and brawlers, machine politicians and dandies.

A short walk from St. Mark’s place is the Bowery, the subject of a recent book entitled Devil’s Mile: The Rich, Gritty History of the Bowery by Alice Sparberg Alexiou.

Alexiou notes that the Bowery was a place where identities clashed and meshed, in that most American of ways.

“In fact, much of American popular entertainment was invented on the Bowery: tap dancing (an amalgam of Irish and black elements), vaudeville, the songs of Stephen Foster, punk rock,” she wrote.

Alexiou’s book touches upon the thousands of Irish immigrants who made the Bowery synonymous with vice and treachery, adversity and opportunity.

Nearby was the infamous Five Points slum, populated by “the poorest people -- most of them Irish immigrants or black folks,” as Alexiou puts it.

After the Civil War and the notorious Draft Riots, Alexious focuses on one son of Irish immigrants who managed to become one of the most influential political movers and shakers of 19th century New York.

“The Bowery called Tim Sullivan the King, loved him madly, and he loved it back.  Everybody knew he took graft, but so what?” writes Alexiou.

These days the Bowery is far from gritty.  It’s a street of million-dollar studio apartments and high-end retail stores.

But if you listen closely, you can always hear the whispers of the ghosts of Irish pols and poets.