How an Irish doctor survived WWII, captivity and the Atomic Bomb

Review of “A Doctor’s Sword” by Bob Jackson. "Some lives are crowded with incident. Cork-born doctor Aidan McCarthy’s was a prime example." 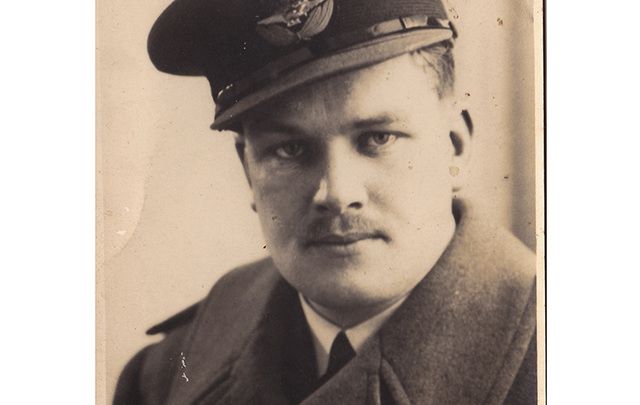 Irish doctor Aidan McCarthy's life was both heroic and harrowing.

Some lives are crowded with incident.  Cork-born doctor Aidan McCarthy’s was a prime example.  He survived the historic evacuation of Dunkirk fleeing Nazi bombs, burning planes and sinking ships, to later become embroiled in jungle warfare in the Far East and then life under the appalling privations of a Japanese POW camp.

There’s something almost biblical about McCarthy’s travails in fact, as if he had pulled a short straw and been fated to foresuffer all, because like Job he ambles from torment to new torment.

Sturdy of frame and forthright by nature, his youth was spent in the prestigious Clongowes Wood College and thereafter he began his studies to become a doctor in University College Cork. It was his first misfortune to begin his practice in London in 1939.

We don’t get to choose the times we live in. If we haven’t already lived through a murderous global conflict we might even find the prospect a little exciting, as McCarthy certainly did when the war first broke out.

Stuck in the confines of an RAF seaside base in southern England and desperate to escape “the wooly confines of seaside suburbia” after war was declared, he announced his interest in getting involved in the conflict overseas.

He got his wish. In December 1939 he was delighted to receive his first overseas posting, as senior medical officer to the Number 14 Group in Northern France. At last he thought, action.

But when he arrived in France no one could tell him where the Number 14 Group was. Shortages of medical doctors meant that he soon had to act as physician to entire villages, exhausting work with no end in sight.

For months the allies waited for a never arriving German attack, until they even started talking of a Phony War. McCarthy spent these months testing the local prostitutes for venereal diseases. He hated the dank quarters in which they worked, the smell of cigarette smoke and cheap perfume that hung about these places.

Little terrors abounded. Local Nazi sympathizers poisoned the local wells. Fountain pens were found lying around on the streets. If you unscrewed them they would explode in your hand blowing your fingers off.

On May 10 Hitler made his move and the invasion of Holland, Belgium, Luxembourg and France began. Immediately McCarthy and all around him felt like pawns on a chessboard played above their heads.

McCarthy’s travails as he escapes northern France through the rally at Dunkirk are gripping stuff. No sooner had he and his fellow officers reached the safety of a passenger ship than the Germans torpedoed it.

The quick thinking captain ordered the passenger to assemble on the opposite side of the ship keeping the waterline hole from flooding and allowing them to make it safely back to England. Luckily the weather was calm.

Later as the war progressed he found himself in Bandung, Java, where, after a series of unfortunate events, he was taken prisoner by the Japanese. At first things went well. The battle hardened Japanese soldiers treated them well, and for many it was their first experience of meeting white men.

But camp guards and interpreters quickly replaced these front line soldiers and suddenly the weather changed. Now they were shouted at, terrorized and abused. Prisoners who tried to escape were beheaded in front of the entire company.

The soldiers who ran the POW camps had been judged the least competent by their own peers and they knew it. This, in a culture that feared “loss of face” had a predictably violent outcome. If a commandant struck and officer, then the officer later struck a sergeant and the offence would pass its way on down to the POWs themselves.

This ingrained culture of brutal violence was how a small number of men kept control of a large number of prisoners, but it and the deteriorating food supply weakened the prisoners.

McCarthy’s travails throughout this time are as fascinating as they are horrific. He details how an America submarine attack on Nagasaki, where he is imprisoned, gave he and his fellow prisoners false hope only to be quickly extinguished.

Then he recounts how the largest atomic weapon ever unleashed on a civilian population devastated the city and decimated his prison, ending the war and destroying his former prison.

McCarthy turned 33 when the war ended and had seen enough horror to last several lifetimes, but in Ireland because he had no relatives or contacts in the medical profession he still could not find a job (he returned to England and worked for the RAF).

The sword referenced in the title was a gift from his captor and enemy Lieutenant Isao Kasuno. At the war’s end and after all they had been through the former enemies had no choice but make peace.