Irish journalist finally overstepped all decency limitations with an anti-female, anti-Semitic farrago of lies and half truths in his column for the London Sunday Times. 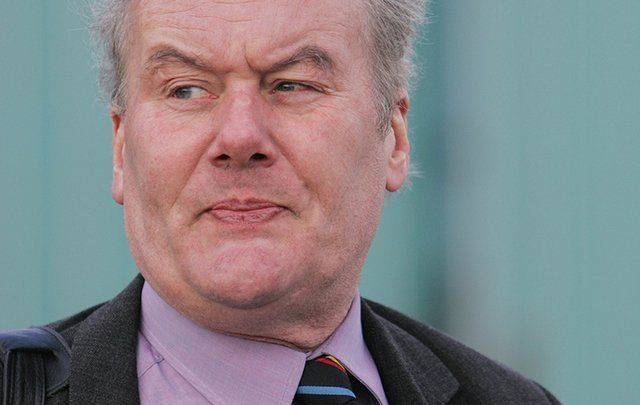 It would be hard to find a journalist anywhere who strove to be more obnoxious, opinionated, insulting and degrading to minority groups than Kevin Myers.

Myers, English-born of Irish parents,  finally overstepped all decency limitations last Sunday with an anti-female, anti-Semitic farrago of lies and half truths in his column for the London Sunday Times.

He was immediately fired. It takes quite something to offend owner Rupert Murdoch when it comes to insulting women in particular which his tabloids do on a daily basis.

Myers wrote a column on women in the BBC being paid far less than men. He stated there was a reason for this -- men are superior.

Myers wrote, “Only one woman is among the top 10 best-paid BBC presenters. Now, why is this? Is it because men are more charismatic performers? Because they work harder? Because they are more driven? Possibly a bit of each.”

Saying men were simply better, he wrote, “Most of all men tend to be more ambitious, they have that grey backed testosterone-powered hierarchy-climbing id.”

He called it a “wholly erroneous” idea that staff “were equal and deserve equal pay.”

You wonder how the guy can write such drivel with a straight face, but as more than one person on Twitter pointed out Myers has been spouting such nonsense for years in Irish media, moving from The Irish Times to the Sunday Independent and then the Murdoch-owned Sunday Times.

Myers, after insulting women, quickly added to his anti-Jewish reputation.

“I note that two of the best-paid women presenters in the BBC, Claudia Winkleman and Vanessa Feltz…are Jewish...Jews are not generally noted for their insistence on selling their talent for the lowest possible price.”

The Jewish dig is no surprise. In 2009, writing in the Irish Independent Myers denied the Holocaust.

"There was no holocaust... and six million Jews were not murdered by the Third Reich. These two statements of mine are irrefutable truths."

He claimed that while Nazis did kill Jews in massive numbers, the numbers for the death camps had been hugely overestimated.

Myers once called children of unmarried mothers “bastards,” smugly noting how people would not like him using that term, but so what?

For decades this man has been a serial offender, fawned over by many in the Irish elite, especially because he was so viciously anti-Sinn Fein. Of course he was once a supporter but changed his stripes, and like all converts attacked the party with a zeal that was quite extraordinary.

I had my own joust with him a few years back in a debate about the peace process. He gave every impression to me of someone who was dedicated to just saying the most outrageous thing at every opportunity and getting away with it -- a sort of Christopher Hitchens without the brains.

Now he has been brought down. There is always a place for hard-right wing critique of modern democracies, but Myers took his prejudices and hatreds too far.

Along the way there is no question he was indulged by many who didn't care what he said as long as it sold papers.

We have a similar conundrum with the current occupant of the White House who said the most outrageous things but got away with them during the campaign.

He too, however, has now been rumbled. Speaking truth to power is a noble pursuit, but when it is mouthed by demagogues look out.