For every delirious winner at this stage of the summer, there has to be an emotional loser. On Sunday that mantra fell to Davy Fitzgerald. 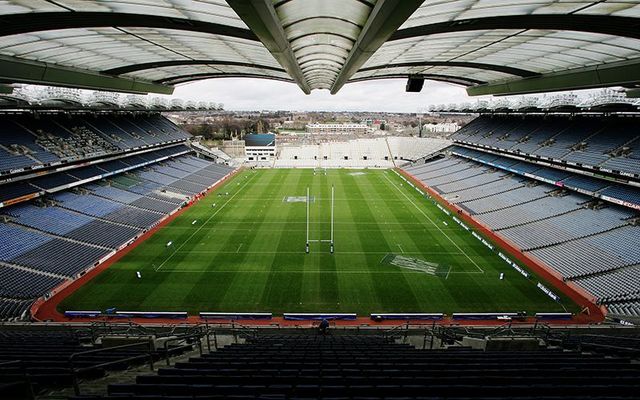 The home of Irish GAA: Croke Park, in Dublin. Rollin

For every delirious winner at this stage of the summer, there has to be an emotional loser. On Sunday that mantra fell to Davy Fitzgerald as he pondered a 1-28 to 3-20 All-Ireland SHC semifinal defeat to Tipperary, blowing a five-point lead to a team down a man, and his own future as Wexford boss.

More than anything though, he was left to rue the golden opportunity to get the Yellow Bellies to an All-Ireland final for the first time in 23 years, having led by five 13 minutes into the second half and by a goal with just 10 minutes left.

“It’s an opportunity missed,” admitted Fitzgerald. “We could be there, but we’re not. I can tell you, you don’t want this feeling.

“It hurts so badly because Wexford haven’t been in an All-Ireland final in 23 years and more than anything, I wanted this team to get there. I also adore that bunch. They would do anything for me. I haven’t had a bond like that with any other team I have managed.

“It was an opportunity missed, but I’m wicked proud of the boys. We did enough of stuff to nearly get over the line; we felt the sending off would work for us, but it didn’t. Tipperary had a bit more space and they played it smart.

“They could have easily thrown in the towel when we went five up. They didn’t, they found a way to win it and all of us in Wexford would say well done to them. But we do know we had the opportunities ourselves.”

Berated once again for playing a sweeper system on Sunday, as did Tipperary, Fitzgerald was quick to defend his tactics as midfielder Kevin Foley marshaled a seven-man defense, with his manager pointing out the three goals and 20 points Wexford scored using the system.

“I am so proud of how we played that game today,” he added. “People talk about the sweeper system being negative, but these people need to get off their high horses and look at hurling.

“People talk about things they haven’t a clue about. We were getting attackers free all over the place -- we had three goals and we could have had six. That’s the way to play hurling.”

Tipperary was five points down when Lee Chin netted in the 48th minute. They then had John McGrath sent off before Chin set up Conor McDonald for the 60th minute goal that could have been fatal. Instead the Premier rallied with 14 men and outscored Wexford by seven points to two in the closing minutes to break Fitzgerald’s heart and leave him pondering his future.

“I really believed coming today that we’d be in an All-Ireland final,” he said. “Whether I can do it again, I don’t know. I don’t want to think about it for a while. I think I just need to stop. It’s been 18 years playing and 13 others… no breather.”

“I’m just bulling that we don’t get another chance to play them. We wanted to play Kilkenny so badly.”

Fitzgerald’s woes were in stark contrast to the look of near wonder on the face of Liam Sheedy, the All-Ireland winner back in charge of Tipp this season and now just 70 minutes and a game against old foe Brian Cody and Kilkenny away from repeating that 2010 MacCarthy Cup success against the Cats.

On Sunday fellow old-timers Brendan Maher and Man of the Match Noel McGrath provided the backbone as Tipp took this game by the scruff of the neck with points from substitutes Ger Browne, Willie Connors, Mark Kehoe and Jake Morris as all seemed lost.

“It’s just really nice to see the guys performing. Over the last four weeks, they’ve probably taken a fair bit of criticism with the Munster final performance, and obviously people were not happy with the performance against Laois.

“But we knew what we had. We felt the last two weeks went really, really well and overall, we brought everything out on the pitch. We made a promise to ourselves that no matter what happened, we were going to give it absolutely everything. That’s the most pleasing aspect of the game.  They definitely died in their boots today for me.”