President and chairman of the board of the NYC St. Patrick’s Day parade will retire at the end of the 2018 academic hear. 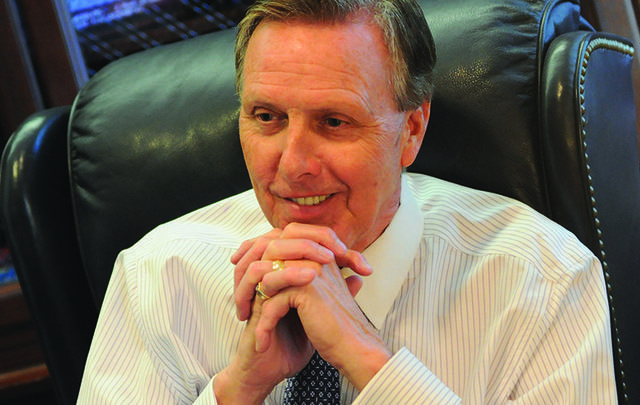 Quinnipiac University President Dr. John L. Lahey, who is also chairman of the board of the New York City St. Patrick’s Day parade, announced last week that he will retire as university president at the end of the 2018 academic hear.

Lahey will reportedly retire on June 30, 2018, having spent 31 years and three months as president. He is widely credited with elevating the university’s national presence, including overseeing the establishment of the now indispensable Quinnipiac University poll.

“Words cannot express the thanks and appreciation I feel for the privilege and honor I have been given to serve as President of Quinnipiac University for more than three decades,” Lahey wrote in the letter announcing his retirement.

“Together during this time we have transformed a small local college with 1,902 students and three schools into a major national university with 10,000 students and nine schools and colleges.”

Lahey’s strategic planning reportedly led to the university’s growth over the past decade. He is credited with helping increase the university’s annual budget from $20 million to roughly $450 million while growing student enrollment by 350 percent from just under 2,000 to 10,000 students.

The forthcoming academic year will allow Lahey and his wife Judy to “express our heartfelt appreciation,” Lahey said, for the last three decades.

Lahey has been deeply involved in the New York City St. Patrick’s Day parade for decades. He served as parade grand marshal in 1997.

Lahey was instrumental in inviting the first ever gay group to march in the 2015 parade and later authorized a second LGBT group, the Irish Lavender and Green Alliance to march in 2016, successfully breaking a decades-long ban that saw the parade boycotted by many public officials and sponsors.

Lahey had previously said that the 2018 St. Patrick’s Day parade will be his last as board chairman.