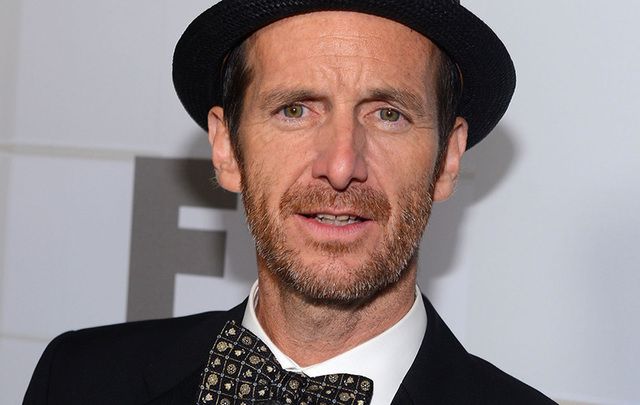 In From Nowhere three young undocumented teenagers in New York City struggle to take some control of their lives. They’re helped by Tony award winning Irish American actor Denis O’Hare, who stars as the hard-nosed Manhattan attorney representing them.

Crucially, the film gives the three young protagonists something the political debates over their immigration status don’t: faces and names. Instead of talk about “illegals,” we meet three real life young people caught up in some tough real life situations.

“The guy I play is not at all romantic or sentimental,” O’Hare, 55, tells the Irish Voice. “He feels strong about the immigration issue but he also knows what he needs to do to be effective. So, when he tells the kids you must have a story about being intimated in your home country and you need to find the proof it’s because he knows the system. I also liked the fact that film doesn’t resolve itself in the way you think it will, given the nature of kids and the promise they show as people.”

All three kids in the film show great promise, so the question arises for the viewer: why would you not want them to be in your country? They’re good citizens. Exactly the kind you would want in the country.

“Yet they are going to deport people who want to be here, who have deep ties here and deep affection for it,” agrees O’Hare. Climbing out of a life in the shadow of deportation is one of the hardest things you can ever do, and From Nowhere paints a vivid portrait of just how hard that climb can be.

FROM NOWHERE Clip from Visit Films on Vimeo.

Being Irish American, O’Hare knows all about immigrant struggles. Born in Kansas City, he grew up in an Irish Catholic family in Detroit and the issues around immigration are passionate ones for him he says.

“I am a bit of an activist and I have a pretty strong feeling about immigration issues. When (director) Matthew Newton asked me I said of course. I like him, I like the way he makes movies and I like the subject matter,” O’Hare says.

“I think this movie talks about kids who have already been here for so long that they are Americans. It shows the idiocy of deporting people to a country that they haven’t been raised in or seen since they were children.”

People like president Obama’s Dreamers have shown great promise and should be part of the fabric of the country. O’Hare believes. “The whole point of America is that we are a melting pot, no one in this country came here invited.

“We’re all Irish in my family, my grandfather came over in the nineteen-tens (O’Hare has an Irish passport) and he was lucky enough to have someone who sponsored him. But the guy who sponsored him wasn’t sponsored. Before that no one had sponsors, they just came. This notion that suddenly we are going to create new standards for immigration is simply racist.”

The subject matter couldn’t be timelier; to be opening in the same week immigration raids are on the front pages. “I think Matthew made this because he was passionate about the issue. I don’t he could have envisaged that our worst nightmare would come true and Donald Trump would be elected president,” O’Hare says.

“Trump supporters all say he won’t really do the things he said he would do, but of course he will.”

These new sweeps by ICE are proof of that, O’Hare says. “Trump isn’t just interested in sweeping up criminals, he wants to get rid of everybody who’s undocumented because there’s this strange idea it's a criminal act and that it makes you a criminal.”

When you run a stop sign you break the law, but it doesn’t make you a criminal says O’Hare. When you break a law there are actually a series of classifications of severity.

“We have decided to suddenly elevate immigration laws as something tantamount to murder and we treat people as though they are felons and they’re not. Being undocumented at times can be a technical violation. The idea that we lump people into this category doesn’t serve anybody,” he says.

When I tell O’Hare this is already true for many Irish people he sighs. He’s sorry to hear it because his own Irish ties are close he says.

“I do have an Irish passport. I have fairly close ties to Ireland.  My father’s family is still in the west; they’re in Galway and Clare. I’ve been many times and I’m more in contact with them now through Facebook. I text them at least once a week. I love the fact that we have a relationship.”

O’Hare is married to designer Hugo Redwood and they have a son called Declan. “As my aunt in Clare said to me, ‘Ah, that would be a Waterford name.’ She wasn’t impressed,” he laughs.

I have to ask him about working with Lady Gaga on American Horror Story, the huge, award-winning series on the FX network that O’Hare co-stars in. What was it like to come that close to superstardom?

“She was great,” he says emphatically. “She came to our set with the idea of being one of us, regardless of whatever sort of crazy fame she has. She was very respectful and put herself a little beneath us wanting to learn from us and being a journeyman actor.

“She’s trained as an actor and she has some experience but this was her first full on acting gig so she was incredibly hard working and vulnerable in terms of what she would put herself through to achieve a good result. I really enjoyed working with her, I enjoyed getting to know her. I loved her, it was a great experience all around.”

This week O’Hare completing an 18-day shoot in Toronto for a film about his Irish family that he wrote himself called The Parting Glass.

“It’s the real story of my little sister’s suicide in 2010,” he reveals. “My family gathered in Missouri to try to reconstruct what had happened while going through her apartment and cleaning out her belongings because she’s longer there.”

The apartment owners told them they had to move her stuff right away, he says. “So, we gathered to pack her up and in the meantime try to unravel what those last days and moments were like, as we all grappled with losing her.”

“It’s a very tough hitting movie but it’s also very funny,” he says. “I was raised with the Irish Rovers and Tommy Makem and one of their great songs is ‘The Parting Glass.’ I’ve always loved that song.