Conor McGregor: Notorious the biggest Irish movie of the year

The film earned €172,000, making it the biggest Irish film release of the year in Ireland, and the biggest opening weekend ever for an Irish documentary. 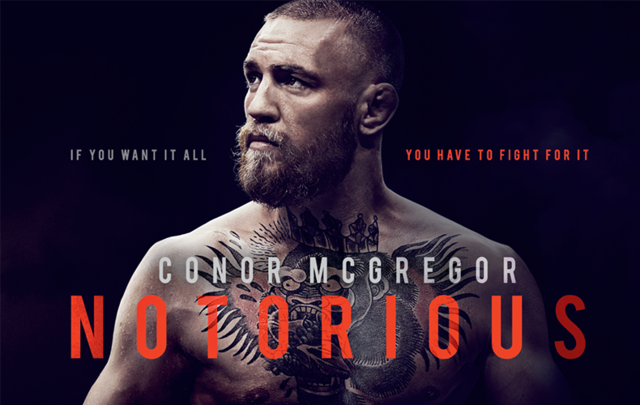 Conor McGregor is fond of setting records, and he just broke another one last weekend with the release in Ireland of his new documentary Conor McGregor: Notorious. The film earned €172,000, making it the biggest Irish film release of the year in Ireland, and the biggest opening weekend ever for an Irish documentary.

Conor and his fam were out in force in Dublin last week for the world premiere.  Baby Conor Junior, six months old, rolled up to the cinema in his stroller with his mom, Conor’s long time partner Dee Devlin who features prominently in the film.

Of course O’Connell Street was stuffed with fans hoping to get a glimpse of The Notorious as he made his way into the Savoy cinema and he didn’t disappoint, signing as many autographs and posing for as many selfies as he could.

Conor seemed genuinely awed at the rapturous reception which would have been unthinkable only a few years ago when he was on the dole.

"Having it in Dublin is the main thing. To have a movie in the Savoy? What other fighter gets this?” he told an interviewer on the red carpet.

"They don't care about fighters. People didn't give a s*** about me and now I am here. I am honored and proud," he said.

The film opens in the U.S. this week. A DVD release is set for next month.