The attorney general’s office had been investigating Quinnipiac’s decision to divest itself of the museum, which contains the world’s largest collection of artwork dedicated to the Irish Famine 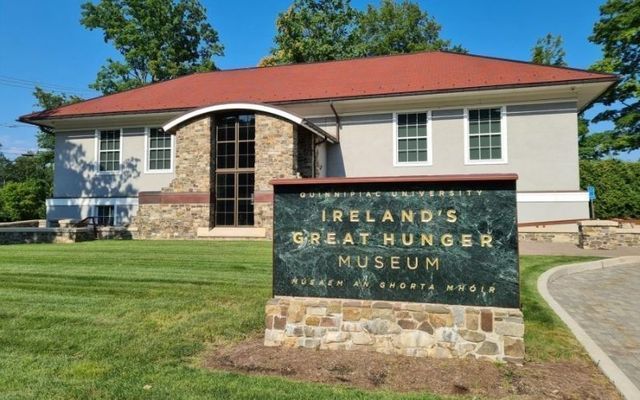 The Office of the Attorney General in Connecticut will monitor the transfer of the contents of Quinnipiac University’s Great Hunger Museum to a new entity, Ireland’s Great Hunger Museum of Fairfield, through an equitable deviation action, a legal process allowing for changes to the administration of a charitable trust.

In March, the board of trustees of Quinnipiac voted unanimously to permanently transfer the contents of the Great Hunger Museum, which has been closed since the start of the pandemic, to the Gaelic American Club of Fairfield.  Not long after, a new charitable entity, Ireland’s Great Hunger Museum of Fairfield, was formed to administer the transfer and secure a new building for the museum’s contents.

“Based on the materials provided to the OAG (office of the attorney general) and the conversations we’ve had with the many parties interested in preserving the Collection, we believe an equitable deviation action will be necessary to transfer those charitable gift assets that are connected to the IGHM (Ireland’s Great Hunger Museum),” a letter to Quinnipiac’s attorneys dated August 16 and signed by Connecticut Assistant Attorney General Gary W. Hawes said.

“The attorney general’s statement regarding the future disposition of the art collection provides hope that it will remain intact in the future,” a statement from the Bord said.

“We deeply appreciate that the AG’s office will assume oversight responsibilities for ensuring the preservation of the collection,” said Bord chair Turlough McConnell. “We also reiterate to Quinnipiac University trustees our willingness to help care for and display portions of the collection until such time as another entity can meet the requirements now posed by the attorney general and, ultimately, the courts,” McConnell added.

“The most concerning aspect of the rendered letter is that the collection remains closed to any public scrutiny. Ireland’s Great Hunger Bord fears that the collection, not seen for more than two years, may be in storage that doesn’t meet museum standards for conservation and protection from mold, mildew, and the ravages of heat and light. An independent third-party inspection of the entire collection by a qualified conservator or registrar would assuage such concerns.”