Seems like Berry was a bit of a diva, but his appearance was a hit and it wasn’t his last time in Ireland either. 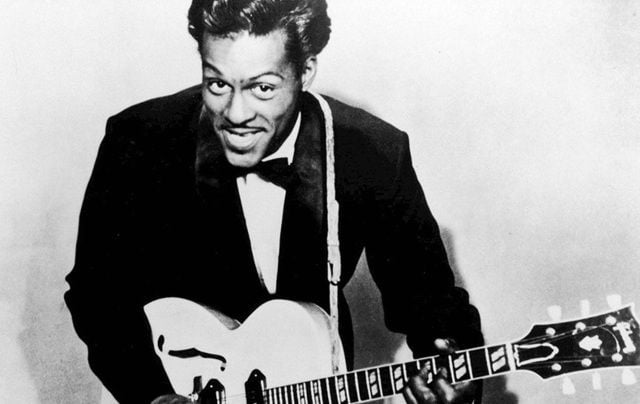 Interesting story in the latest edition of the Sligo Weekender newspaper about the late, great Chuck Berry, the pioneering rock and roller who passed last week at the age of 90.

Back in 1981, Berry was hired to headline a music festival in the Sligo village of Ballisodare.  Christy Moore was one of the support acts for what the Weekender describes as the first Irish all-weekend outdoor music festival, but in order to secure Berry’s services a list of demands had to be met.

Festival co-founder Philip Flynn remembered that Berry had to be flown to Sligo from Los Angeles with first class accommodation. “It was interesting just dealing with him because he was very particular and everything had to be just so, as they say, I mean right down to the car that had to be supplied to him,” Flynn remembered.

“It was a Mercedes S280 SE at the time and it specifically had to be that car, and it had to be waiting for him at Dublin Airport, and if you didn’t have that precise car there was a risk that he’d get back on the plane and go home again.

“So we had to make sure we found that particular car, mainly because, as the agent told us, that’s the car Chuck owned himself and the trunk, or what we call the boot, was the right size for his cases.”

Seems like Berry was a bit of a diva, but his appearance was a hit and it wasn’t his last time in Ireland either. There are YouTube videos of him rocking out at a venue in Letterkenny, Co. Donegal in 2008 when he was 81 years young.