An an essay the U2 front man wrote for TIME he stated that "130 million girls who are not in school... Hopelessness is running high right now". 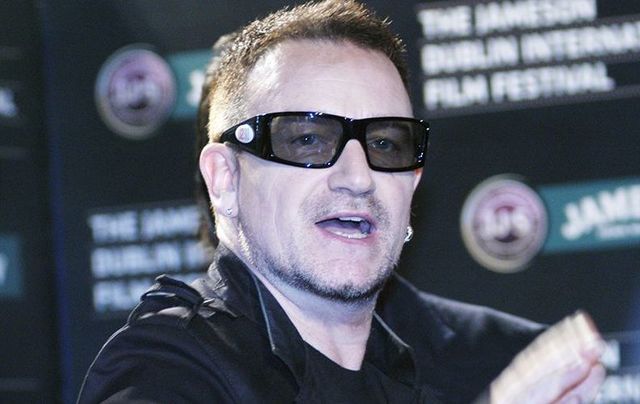 An an essay the U2 front man wrote for TIME he stated that "130 million girls who are not in school... Hopelessness is running high right now".

Bono penned a thoughtful essay for the latest issue of Time magazine about gender inequality, and how greater educational opportunities for women are an absolute must if the problem is going to be solved.

“I have been home-schooled on this issue in a very powerful way by my wife Ali and our two daughters. The news that I was getting Glamour’s first Man of the Year award [in 2016] amped up a conversation in our house – that Eve and Jordan think is the only conversation – about the fact that, as Jordan reminds me, there is nowhere on earth where women have the same opportunity as men. Nowhere,” he wrote.

“Which has something to do with the fact that around the world, there are 130 million girls who are not in school. That’s so many girls that, if they made up their own country, it would be bigger in population than Germany or Japan.”

The solution?  Men and women working together for starters.

“Hopelessness is running high right now, and cynicism is cresting. But these are things the world can’t afford. There are 130 million girls counting on women and men to get our collective act together, push for better policies and pressure politicians to do more and fund more of what works–things like the Global Partnership for Education, which is due for replenishment early this year,” Bono wrote.

“The key lesson in my own home-schooling is something Ali has been saying to me since we were teenagers: don’t look down on me, but don’t look up to me, either. Look across to me. I’m here. It just may be that in these times, the most important thing for men and women to do is to look across to each other–and then start moving, together, in the same direction.”