The surprise of hearing your accent change from Irish to American

You'll be in a line for coffee at Starbucks, or on the phone to a good friend when you finally stop and hear yourself. The newly minted Yank. 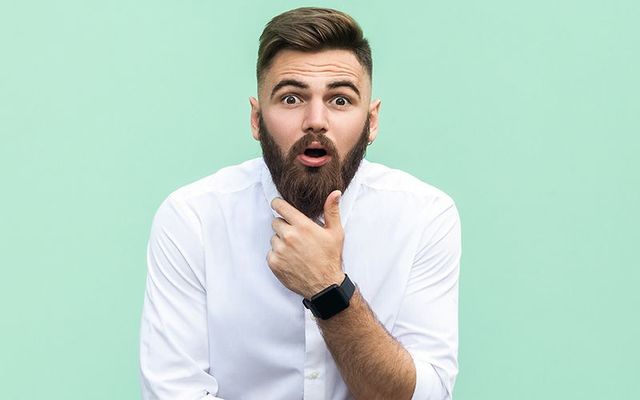 Wow! Is that really what I sound like? iStock

You'll be in a line for coffee at Starbucks, or on the phone to a good friend when you finally stop and hear yourself. The newly minted Yank.

Who on earth is that talking, you may wonder? Is that - me?

You don't notice when start to lose your Irish accent. It's other people who usually tip you off and the Irish are the most scathing. "Did you just say 'candy'?" one Irish person asked me recently, her face a mask of disgust. Then she scolded me for five minutes for this impermissible infraction.

But language and accent and dialect and pronunciation all start to get mixed up when you live in a new place for almost as long as you lived in the old one. It's just a strange alchemical magic that unfolds in real time. The sounds that you hear everyday echo and resonate until they become the sounds you start to make.

Recently I have noticed the number of people who stop and ask me for directions in Manhattan has increased. That suggests I must now look like a native born New Yorker, or at least sound like one. I am inordinately proud of this development, although it's not the truth.

There's a little more to looking like you belong to a place than just knowing how to get to all the landmarks, you have to sound like you were born here to inspire real confidence in visitors.

I don't know when it happened but I have somehow learned the New York subway map as though it were a second language. I know the entrances and stops and where to stand on the platform to get out at the arriving station. I generally know what kind of commute to expect and how long it will likely take me, when there is actual uninterrupted service that is (an increasing luxury in these chaotic days).

I have also somehow learned to map the city grid above the subways. I have learned all the interlocking blocks and avenues and where they lead and what's on them and where the best place to get a decent bagel or a donut is. You know, the good stuff, the useful stuff.

Better yet I learned the weird Harry Potter geography of Greenwich Village, where one street leads towards four with near contempt for your ordinary expectations. I learned how to navigate those narrow paths quickly and get back to the grid system. I learned to appreciate both for what they are.

Learning where you live and mapping it in your head is part of the process of rewiring yourself, it turns out. Sounding like the place where you live is an imperceptible change that also happens.

When I am excited or angry or moved or in some extreme of emotion I used to hear just undiluted County Donegal pouring out, but now I hear many New York phrases making guest appearances in my heart speech too.

More than anything though I am grateful that I have been allowed to make these discoveries at a time when the opportunity to do so is being curtailed and frankly blocked. I have watched other Irish people come here and begin the language process only to find themselves barred for not having the desired credentials, or the best lawyer, or the best job offer, or for any number of consequential hindrances that stood in their way.

America, for most of its history, represented a blank slate, a place where you could make yourself up again almost from scratch, a welcoming place that could absorb your old identity as it helped shaped your new one. That was what was greatest about it once upon a time.

But it is becoming harder and harder for Irish people to make that epic journey now, to hear themselves starting the slow process of beginning to talk like natives in America. Far too many cruel obstacles bar their path to citizenship now.

It is a loss to us and a loss to Ireland that so few of our young people can now make the long journey and begin the process of becoming Americans. More often now the come here and foresee a mountain they will never scale, instead of a bridge they will cross. They'll never hear undiluted New York in their heart speech. Neither will we.