Eoin O'Faodhagain, 55, is a Nessie enthusiast from County Donegal and made the sighting on Monday, April 13. 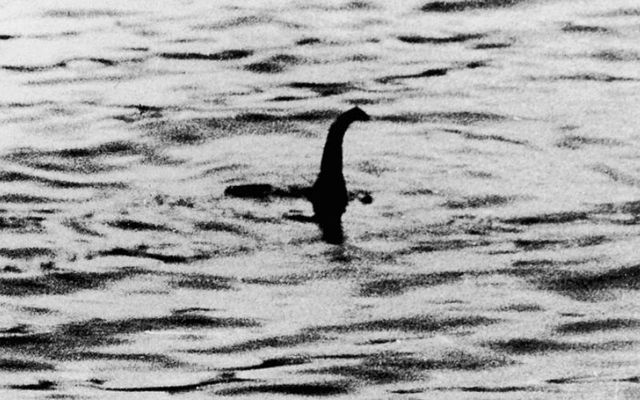 Photograph of the Loch Ness monster from 1934, now known to have been a hoax. Public Domain/Wikimedia

An Irishman claims to have spotted the Loch Ness Monster for a second time this year after he appeared to catch the mythical creature on a webcam earlier this week.

Eoin O'Faodhagain, 55, is a Nessie enthusiast from County Donegal and made the sighting on Monday, April 13.

He also claims that he made the only other Loch Ness Monster sighting of the year on January 18.

O'Faodhagain is an Irish hospital clerk and a veteran Nessie spotter. He claims that he spotted the famous creature four times throughout 2019 alone.

He said that he immediately recognized the creature at 8:11 a.m. on April 13 and registered his discovery with the Official Loch Ness Monster Sightings Register.

He made the sighting on a live video feed of Loch Ness that the register provides for Nessi enthusiasts around the globe. O'Faodhaghain said that he regularly watches the webcam for sightings of the famous monster and he noticed something just beneath the lake's surface throwing up white foam.

There were times during the sighting when the creature was completely submerged and other times when it surfaced, according to O'Faodhagain.

The register confirmed O'Faodhagain's sighting and posted still images of the live feed on their website.

He told the Daily Mail that he was worried he would never see the Loch Ness Monster again after going almost three months without seeing it.

"I thought my luck was bound to run out sometime and I thought this was the time until this morning, and to my great surprise Nessie came up out of the depths to say hello," he said.

"It was three to four feet out of the water at its highest but mainly low to the water for most of it.

"Putting up a wash of white water as it moved to see it at that range, it would have to be at least ten feet long."