God spoke to this Irishman during USA near-death experience

On September 2, 2016, a young Irishman had a near death experience in Death Valley, California, where he believes God spoke to him. 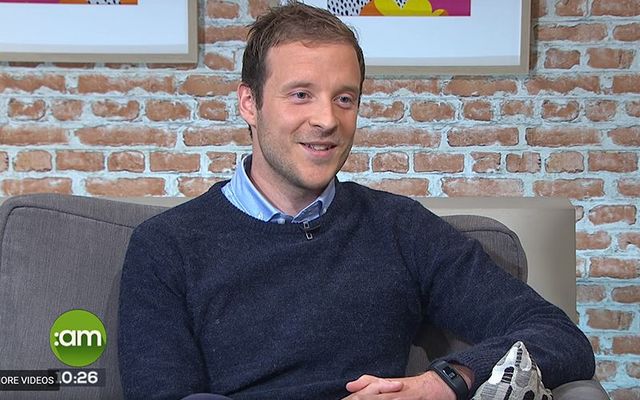 Padraic Rocliffe on Ireland AM on TV3. TV3

On September 2, 2016, a young Irishman had a near death experience in Death Valley, California, where he believes God spoke to him.

Padraic Rocliffe, 26, from Westport, Co Mayo, was studying in the US and went on a trip to Lake Tahoe with some other students when their car was involved in a horrific crash, the Irish Mirror reports.

Rocliffe says he heard the voice of God while he was trapped in the car after the accident, waiting two hours for emergency services.

Read More: Irishman who suffered serious brain injury in US accident returns to site of crash

“I was involved in a rollover accident out in a place called Death Valley of all places.

“I broke my neck, my back and my foot. I ended up spending 10 months in Vegas,” he said.

“The only way I can describe it is that God spoke to me and he said, ‘Sit back into the car. Put your back up against the roof’. He told me to ask the girls to get a pillow and put it behind my head. I was unaware I had broken as many bones as I had.

“He spoke to me again. He said, ‘I’ve never let you down before. You’re not going to be paralyzed.’

“I had an overwhelming feeling of calm and I knew I’d be OK.”

The University of Limerick student said he had to learn how to walk and feed himself again.

"It was a long process but eventually I took one step, then another and another,” he told the Independent.

"It sounds cheesy but rehabilitation was the most rewarding time of my life, everyday was an achievement and I knew once I wasn't paralyzed the ball was in my court - it changed my whole perspective on life."

Almost 10,000 people currently homeless in this country and this figure is rising all the time. With that there was an...

Rocliffe said he decided he wanted to help other that Christmas.

"My family had stayed with me when the accident happened but they had to return home after a while so I had to spend Christmas in the States by myself.

"I was lonely without my family and friends but I knew it was where I had to be and it's only a day.

"I was going to a diner for lunch and I asked two homeless people if I could buy them lunch so I had some company.

"It turns out they were a mother and son who had been evicted and living in the sewers, I decided I would do something for the homeless this Christmas."

After this experience, he started the Shine a Line project where he collects donations of clothing and foods and distributes the supplies to the homeless.