Not wearing a face mask on Irish public transport can be deemed a criminal offense. 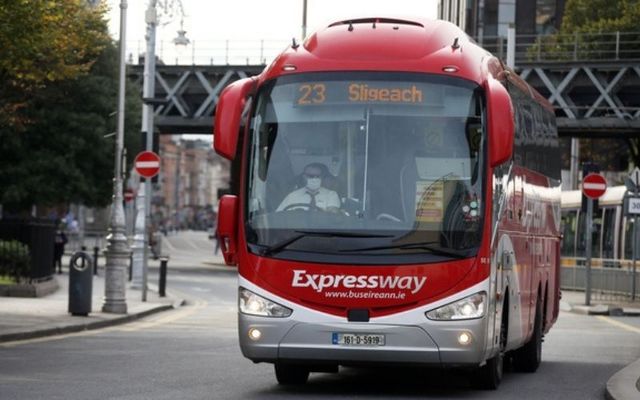 The man refused to wear a face-covering on a Bus Eireann coach. Rolling News

An Irish man has been sentenced to two months in prison for refusing to wear a face-covering on public transport earlier in the year.

Andrew Heasman, from Carrowmore, Knock, in County Mayo, was sentenced on Thursday for refusing to wear a face mask on a Bus Eireann coach traveling from Dublin to Knock on July 14.

The Castlebar District Court heard that Heasman ignored the bus driver, who repeatedly asked him to wear a mask properly.

Garda Thomas Bowens told the court that Heasman refused to cover his mouth and nose with a mask and that he was wearing his mask "like a hat". The Garda said that his refusal to wear a mask caused a number of passengers to get off the bus.

Garda Bowens told the court that he entered the bus on Main Street, Ballyhaunis, and informed Heasman that he was committing an offense under the Health Act 1947.

He also told the court that Heasman claimed that he did not have to wear a mask for health reasons.

However, when asked to present evidence of these health reasons, Heasman refused, stating that he was not required to give that information under data protection laws.

Heasman, meanwhile, told the court that he was traveling from Dublin to Knock in order to attend his uncle's funeral. He claimed that the charges were "trumped-up" against him.

Judge Fiona Lydon, who presided over the case, described Heasman's actions as "totally inappropriate" considering there is an ongoing global health emergency.

She sentenced him to two months in prison for his offense, stating that she was satisfied with all the evidence supplied by the state.