Desperate Irishman was hiking from Canada with a backpack attempting to reenter, having overstayed his visa. 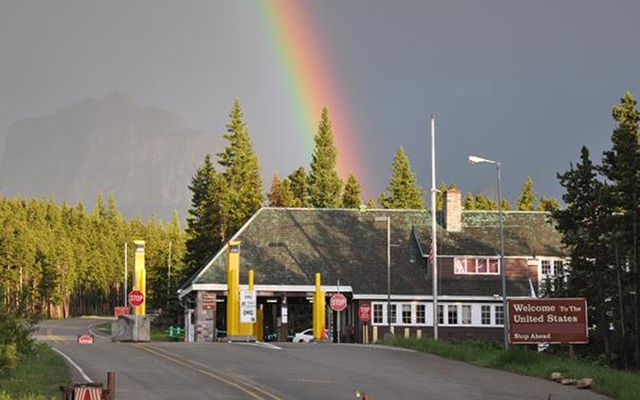 Desperate Irishman was hiking from Canada with a backpack attempting to reenter, having overstayed his visa

A 47-year-old Irishman has been arrested by Border Patrol agents in Northwest Montana for attempting to enter the United States illegally.

Agents encountered the Irishman, carrying a large backpack, along the international border near the northeast section of Glacier National Park. He had previously overstayed his US visa and was prohibited from re-entering the United States for an extended period, according to Michael Rappold, public affairs officer for the Havre Sector Border Patrol Station.

According to the authorities, the Irishman entered the United States from Canada by walking southbound, through the woods, to avoid detection. Rappold told the press he was just carrying clothes and nothing illegal.

He has been arrested and processed in preparation for a removal hearing. He remains in custody (as of Aug 10) with Immigration and Customs Enforcement (ICE).

Border Patrol Division Chief John South said “This is a great example of how effective our agents are at identifying and interdicting cross border traffic in remote areas of the border.

“They’re always ready to carry out our agency’s mission and safeguard the public.”

Earlier this summer, in June, Border Patrol agents arrested five Romanians who had entered the U.S. illegally and were panhandling in Whitefish, in the same region.

It has been known for years that some seeking to enter do so by hiking through rugged terrain and crossing mountains. However, it remains a very dangerous route as the areas are sparsely populated and can be difficult to navigate.

Other long-term visa options include being sponsored by an employer (H1B), earning a visa due to their extraordinary talents (O visa) or winning a green card through the diversity lottery visa. In 2017 50,000 US Green Cards were issued through this lottery, just 124 of them went to Irish citizens.

Read more: It is time for Irish to go it alone on immigration reform