John Ryan, formerly of Newmarket-on-Fergus in County Clare, is bringing food and goods to affected Native Americans in the Navajo region. 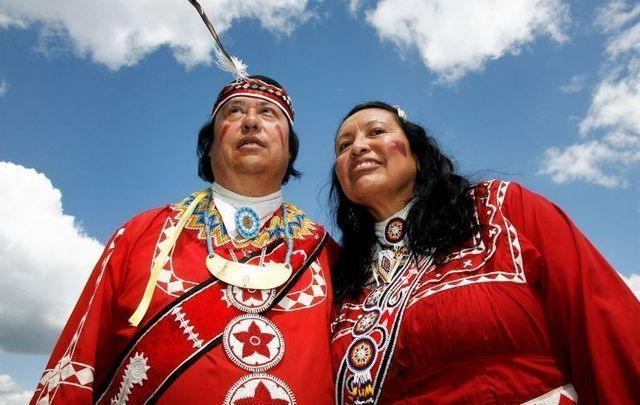 An Irishman helping the Navajo and Hopi families deal with the COVID-19 pandemic said that they feel "forgotten" as they fight one of the worst outbreaks in the United States.

John Ryan, formerly of Newmarket-on-Fergus in County Clare, is bringing food and goods to affected Native Americans in the Navajo region near Phoenix, Arizona, where he lives.

The Navajo region in Utah, New Mexico, and Arizona has had more deaths per capita than almost anywhere else in the United States. More than 3,200 Navajo people have tested positive for the virus and 103 people have died as of Friday morning.

Speaking to the Irish Times, Ryan said that the people living in the Navajo region often lack basic amenities like running water and face four-hour drives just to go to their local grocery store.

He said he was saddened by the desolate conditions the Navajo people are living in.

"They have to drive three or four hours to get to a consignment store. Instead, my brother-in-law and I would do the big consignment store shop and bring it back up," Ryan told the Irish Times.

Ryan is working with the Irish Consulate to secure as much Irish aid as they can for the Navajo and Hopi people. He said that Irish people have offered everything from helicopters to planes to help the affected Native Americans.

The Irish Cultural Center and McClelland Library in Phoenix is co-ordinating all donations as well as sourcing delivery trucks to take the donations to the Navajo and Hopi families.

Ryan said that the Navajo Reservation is roughly the same size as Ireland but that water has to be delivered in 50-gallon containers since there is little running water.

He said that it is very difficult to isolate COVID-19 patients from their families because Native Americans tend to live in multi-generational households consisting of up to 20 residents.

Ryan is helping out as much as he can because he wants to help his children's family, according to the Irish Times. His wife Denise grew up in the Navajo region.

The Clare native is just one example of the countless acts of generosity shown by Irish people to Native Americans as a means of repaying a 173-year-old favor.

The Choctaw Nation sent $170 ($5,000 today) to Ireland for relief aid during the Great Hunger of the mid-19th Century when they heard of Ireland's troubles.

The donation was considered especially generous considering the hardships that Native American people had just went through.

That act of kindness has forged a bond between Irish and Native American people.

Irish people are now donating by the hundreds to a GoFundMe set up to source food, water, and medical aid for the affected Navajo and Hopi families in Utah, New Mexico, and Arizona.

The GoFundMe has raised a staggering $3.8 million since it was set up in April.

Irish President Michael D. Higgins said that he was proud of the generous support that Irish people were sending to the Navajo and Hopi families.

President Higgins today expressed his delight "that the Navajo and Hopi peoples are receiving such generous support from Ireland."

In 2017, the President honoured the Choctaw nation, for their assistance during the Famine times.

Higgins hosted a delegation from the Choctaw Nation in 2017 to thank them for their generosity during Ireland's darkest hour and spoke of the bonds between the two nations.

Attorney General for the Navajo Nation Doreen McPaul, who is John Ryan's sister-in-law, told RTÉ's Morning Ireland that the Irish generosity was "beyond amazing."

Both of McPaul's grandfathers were Irish and she said that she was especially proud of her Irish heritage.