Rachel Gunn was diagnosed with the coronavirus in October but is still struggling with the long-term effect of the virus almost three months later. 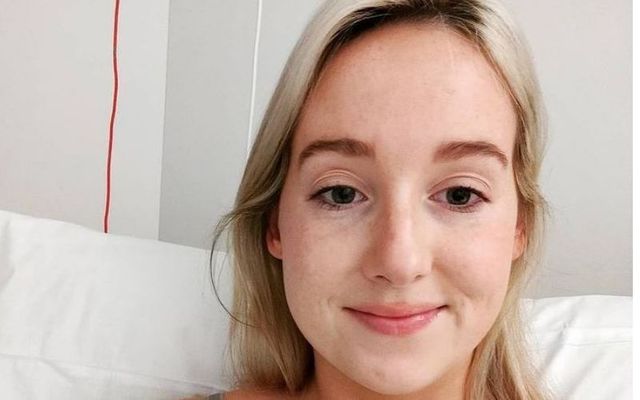 Rachel Gunn posted this image from her time in hospital due to long COVID. Rachelgunn77 Instagram

A young Irish woman has taken to social media to warn people about the horrifying effects of long COVID.

Rachel Gunn, a 28-year-old woman from Dublin, first contracted the coronavirus in October but is still dealing with the long-term effects of the virus three months later.

She took to Instagram on Saturday to urge anyone who has tested positive for the virus not to ignore symptoms of long COVID months after their diagnosis.

Gunn said that she struggled with breathlessness, fatigue, and headaches for two weeks after her positive diagnosis in October and that she went back to work as soon as she started to feel semi-normal again.

However, she was plagued with fatigue and anxiety over the next three months and experienced pain in her lungs whenever she undertook strenuous exercise.

Gunn shrugged off these symptoms as normal post-COVID symptoms and assumed that they would ease eventually.

In her last week of work before Christmas, however, Gunn's condition deteriorated. She said that she was now so breathless that she couldn't climb a flight of stairs without feeling like she had run 5km and said that even going to the bathroom was exhausting.

"I had migraines, heart palpitations, back pain and extreme fatigue, sleeping for 15-16 hours a day and still needing to spend the whole day in bed. I wasn't getting any better and my mom told me to go to A&E," Gunn wrote on Instagram.

Gunn was initially reluctant to go to A&E, stressing that she didn't want to make a fuss about her condition, but she was fortunate that she did,

She said that a CT scan showed that her lungs were covered in pulmonary embolisms (blood clots) and that her heart had been strained. She was immediately placed on blood thinners and admitted to hospital for three days.

She will have to remain on blood thinners for at least a year and is now at risk of blood clots.

She said that COVID has changed her life forever and urged anyone who is experiencing symptoms months after their diagnosis get it checked out.

"I am extremely lucky to have found out about my clots when I did," Gunn wrote.