Doctors are still trying to learn more about long COVID, which refers to patients who still suffer from the virus months after they initially contracted it. 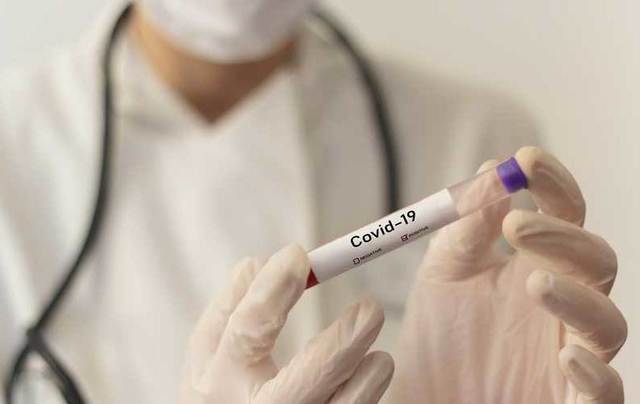 Long COVID affects thousands of people months after they contracted the virus. Getty

An Irish woman suffering from the effects of long COVID says that she still doesn't have the energy to leave her house two months after she was initially diagnosed with the virus.

Rachel, who only gave her first name, was speaking to the Hard Shoulder on Irish radio station Newstalk and spoke of how she has been crippled by the effects of long COVID, despite being young, fit, and healthy.

She said that she tested positive for the coronavirus on October 9 and expected to return to work three weeks later like most people who have contracted the virus.

However, Rachel told the Hard Shoulder on Wednesday that her doctor had just certified her for a further eight weeks off work as she still struggles to shirk off the long-term effects of COVID-19.

She said that she barely leaves her house anymore because she doesn't have the energy and said that the only time she goes out is to do some shopping.

"When I have the energy to go out, I go out shopping - [then] in the afternoon, I can barely function... I have no energy," she told Hard Shoulder host Kieran Cuddihy.

She also said that she wakes up with migraines and pains all over her body every morning and that she is just one of the thousands of people who are suffering from the effects of COVID long after they tested positive for it.

Doctors are still trying to learn more about long COVID, which refers to patients who still experience the effects of the virus months after they contracted it.

Rachel, who works in a bank, said that she had none of the publicized symptoms of COVID-19, including fever, cough, or sore throat. She also said that she never lost her sense of taste or smell and that she initially felt as though she had developed a head cold.

Within a week, however, she said that she began to feel very weak and that she had real difficulties going up or down a flight of stairs.

"I began feeling quite ill - very, very weak. I didn't trust my body - I was nervous going up and down the stairs. I was very dizzy, nauseous, [having] migraines," she told the Hard Shoulder.

She urged people not to take the coronavirus for granted just because they are young and healthy, warning that it can affect anyone.

"What I'd like to get out there is don't assume because you're young and healthy that this isn't going to affect you.

"What I'd like to get out there is don't assume because you're young and healthy that this isn't going to affect you."