Irish woman Nicole Cliontún and her young son were denied entry to the US despite providing what she claims to be proper documentation. 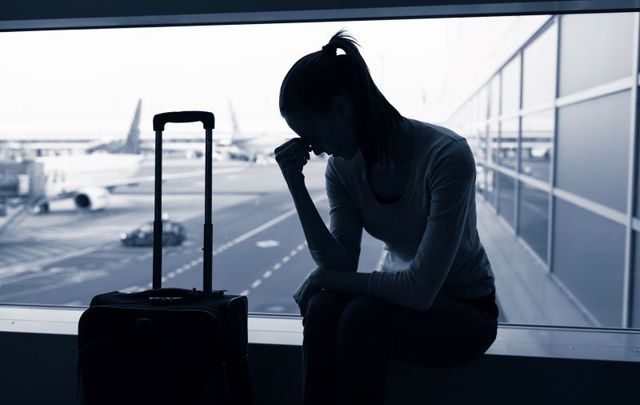 An Irish woman was denied entry to the US despite providing what she claims to be proper documentation. Getty Images

Nicole Cliontún was denied entry to the US despite providing what she claims to be proper documentation. US Border Control says the Irish woman provided "fraudulent documents."

An Irish woman has slammed her recent experience with US Border Control as "the worst experience of her life" after she was denied entry to the US despite providing what she claims to be the proper documentation.

Read More: US to check 5 years of social media for all visa applicants

On July 2, Nicole Cliontún shared a lengthy public Facebook post about her recent encounter with US Border and Customs Protection in Ireland:

After what I can only describe as the worst experience of my entire life, I advise anyone wanting to travel to USA from...

The post, which has been shared more than 750 times, has garnered over 3 thousand reactions and more than 1 thousand comments.

While Cliontún did not specify which airport in Ireland she was traveling from, a statement from US Customs and Border Protection later indicated that the incident occurred at Dublin Airport's US Preclearance facility. It is unclear where in the US she was attempting to travel to.

In her post, Cliontún explains that she had booked a 5-day trip for her and her 1-year-old son to the US.

Prior to their trip, Cliontún had gotten the necessary ESTA visa and felt she had “no reason” to worry about progressing through customs. Dublin Airport does say: "ESTA approval is not a guarantee of admissibility to the U.S. at a port of entry."

Since it was only a short trip, Cliontún says she only packed hand luggage for her and her child, but, she writes, “This quickly came back to bite me as I was pulled in by customs and accused of trying to permanently move to the States to start a life there - they said the small bag was a tactic to “throw them off” my actual intentions.”

Cliontún says that during questioning she provided “work contracts, hotel bookings, return flights, mortgage and car contracts here in Ireland” to prove that she had no intention of remaining in the US.

Customs agents also allegedly searched “every single file” on her phone and “totally disregarded” text messages from family and friends in Ireland saying they would see her in a week after her trip.

Cliontún said: “I was refused entry on the basis of providing false information surrounding my intentions of supposedly living in the states.”

She added: “As if this wasn’t bad enough, I was interrogated for 3 hours in which I was called disgusting, a sponger, a liar and pathetic- amongst many more names. I was shouted at and embarrassed in front of other travellers and was laughed at when I told them my aunt was ill and suffering from cancer, and that I would be visiting her on my holiday.”

“I was questioned on family members’ criminal history and when I asked them why that had anything to do with entering the states I was told, ‘we don’t like people bringing trouble to our country.’”

Cliontún also claimed: “After being told my entry 'could' be denied, an attempt to blackmail me was made. I was told if I gave them information on anyone working in the US that isn’t supposed to be I would be granted entry.”

“I was told, “it’s not a big deal and you won’t get in any trouble”- to which I refused and the nasty digs continued.”

“They made horrible remarks to my son, asking him “what sort of a mum tries moving her son away from his family?” They snatched a 1-year-olds iPad out of his hands and told me to “shut him up” when he cried because of the rude and aggressive removal of his iPad.”

“Despite finding no evidence whatsoever that I would be living in the states, I was refused entry.”

“To add salt to the wound, I was told my bags would be returned to me within 10 minutes of my entry being denied. I waited an hour and nothing arrived. When I contacted Aer Lingus, they advised that border control had retained my bag and that they have no idea when I will be given it back. A bag full on my son’s clothes and nappies.”

The Irish woman said that after she "cried myself sore for 5 hours," she was forced to get on a bus and return home "with no luggage and an extremely irate and tired one year old."

She added: "I will never in my life set foot on American soil. There are 194 other countries in the world, and one country will not lose me any sleep.”

US Customs and Border Protection's response

"Due to inconsistencies in the traveler's primary inspection and documents provided, she was referred for a secondary inspection."

"Upon arriving in secondary, Ms. Clinton was greeted professionally and her son was allowed to play on his electronic device and was also given a CBP coloring book and crayons."

"During the secondary inspection it was determined that Nicole Clinton was found to be inadmissible to the United States in accordance with the United States Immigration and Nationality Act (INA) Section 212(a)(6)(C)(i) as she provided fraudulent documents and information in order to facilitate her entry into the U.S. and also under U.S. under INA Section 212(a)(7)(A)(i)(I) as an immigrant without proper documents."

"Additionally, CBP unequivocally denies allegations of unprofessional and inappropriate statements made by any CBP Officer towards this traveler or her son.”