Irish weather forecast: From heatwave to 50F and heavy rainfall

From a Mediterranean feel to “normal” temperatures. Irish people are forlorn reading Ireland’s weather forecast after the May Bank Holiday. 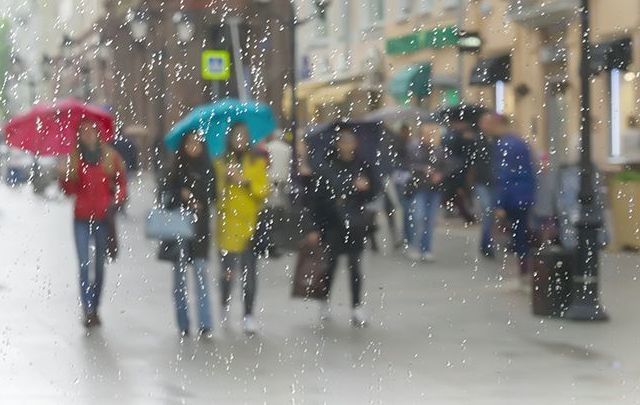 From a Mediterranean feel to “normal” temperatures. Irish people are forlorn reading Ireland’s weather forecast after the May Bank Holiday.

Ireland’s national obsession with the weather can be excused when the country has such amazing fluxes in temperatures. On Saturday it was warmer in Ireland than in Ibiza, Spain, this week Ireland’s looking at much colder temperatures and heavy rain. Goodbye summer sun!

Over the May Bank Holiday weekend Ireland enjoyed temperatures of up to 73.4F (23C) recorded in Dublin’s Phoenix Park, but now the meteorological experts have decreed that the weather forecast signals it’s back to normal for Ireland with temperatures on Tuesday having already dropped to 50F (10C).

Met Eireann has said temperatures will continue to decrease at the week progresses, with temperatures on Friday dipping below 50F (10C) and heavy rain forecast.

On their site they stated:

"Rain will clear during the morning and it will then brighten with sunny spells and occasional showers to follow for the rest of the day. It will be a much fresher day with highs of 12C to 15C in moderate westerly winds.

"Wednesday will be a wet day with rain reaching all parts of the province during the morning, persisting through the afternoon and finally clearing for the evening. Blustery during the day with southerly winds becoming westerly as the rain clears. Highs of 10C or 11C.

The latest image from EUMETSAT shows last night's rain moving eastwards into Britain and today's sunshine & showers over us. To the west in the mid-Atlantic we can see the system bringing rain for Wed.
Sunshine & showers follow for Thursday with more rain forecast for Friday 🙄 pic.twitter.com/IeeRXRj0In

"Thursday will be a bright day with sunny spells and occasional showers. Highs of 11C to 13C in fresh southwest winds.

"Heavy rain will spread eastwards during Friday morning with the rain persisting across much of the country until evening. Highs of 9C or 10C."

As for the weekend the weather experts say Saturday with be brighter “with occasional sunshine and heavy showers, many of the showers occurring the afternoon and evening. Highs of 11C [51.8F] to 13C [55.4F].

"Sunny spells and showers in southeasterly winds on Sunday with highs of 12C or 13C."

You could well see why folks in Ireland, headed back to work after a holiday weekend, are a little forlorn as temperatures drop from the highest reached in Ireland since early September 2017 to single digits once more.

Can you recall the highest temperatures you experienced in Ireland? Where did you bask in the sun? Let us know if the comments section below.