Michael Coyne was awarded five purple hearts and two bronze stars for his bravery during the conflict. 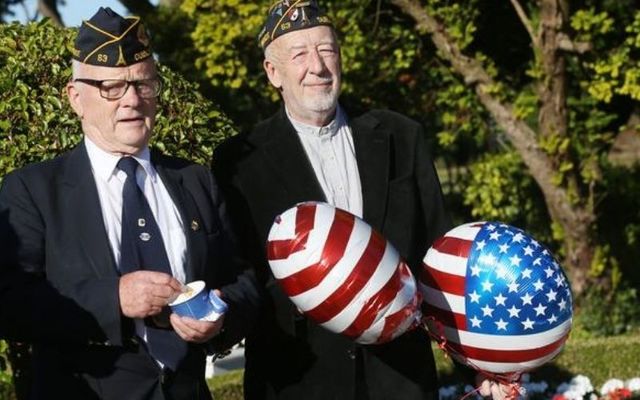 Coyne, who was awarded five Purple Hearts and two bronze stars for bravery, was born in Co. Galway and lived in Jenkinstown, Co. Meath. He died at the age of 75 in James Connolly Hospital in Dublin on Sunday.

Coyne, who immigrated to Chicago when he was 16 to work with a cousin, was drafted into the U.S. Army and sent to Vietnam with D Company in the 11th Armored Cavalry in 1967.

He served his time as a back deck machine gunner on M48 tanks that crisscrossed the Ho Chi Minh trail on search and destroy missions.

With his first paycheck, Coyne bought an eight-millimeter camera and made a film diary of his life during the 1968 TET offensive.

He was awarded five Purple Hearts and two Bronze Stars for bravery, including one for saving fellow soldiers while under fire from three damaged tanks in the middle of a minefield.

After returning to Ireland, Coyne lived in Meath.  He featured in the 2005 RTE documentary The Green Fields of Vietnam, which followed him on a journey back to Vietnam and the Cambodian border towns he last saw from his tank.

During the conflict, three million Vietnamese and more than 60,000 U.S. and foreign soldiers died.

Emigrants with green cards in the U.S. in the 1960s were eligible for conscription, and it is estimated that around 2,000 Irish-born soldiers may have served in Vietnam.

RTE reports that most gave U.S. addresses so are difficult to trace, and according to official U.S. statistics, only one Irish-born soldier, a man called John Driver, served in the conflict.

Coyne is survived by his wife Elizabeth, his three children and four grandchildren.

In line with anti-coronavirus advice regarding public gatherings, a small private funeral Mass of 50 family and friends will be held in Clonbur in the Galway Gaeltacht on a date yet to be arranged.