Decades later, George Rodgers would still have flashbacks of the terrible things he witnessed in France. 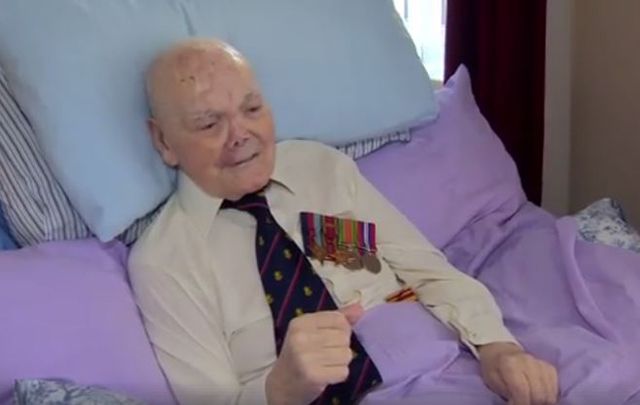 An Irish veteran of the Dunkirk evacuation has passed away without the honor he longed to receive.

98-year-old Shankill Road man George Rodgers, one of an ever dwindling band of Irishmen who survived the Battle of Dunkirk, passed away this week without having received any recognition from the French Government.

Although decorated by the British Government, his application for the Légion d’Honneur, France’s highest award, was lodged by his family in 2015 but remains unapproved.

“I’d love to receive it, but who knows!” he told the BBC last year.

"I think he deserves it in the sense that he's been to France. He's fought on the beaches, he's an elderly man and it would make him very happy, and the family," his son, Bill, added.

Applications are made via Britain’s Ministry of Defence and grants of the award are routinely made by to Allied servicemen and women who saw action in France during the Second World War but in Rodgers’ case, the award never arrived.

At his funeral at Woodvale Presbyterian Church in Belfast, Rodgers’ life was honored by the swirl of bagpipes and wreaths of poppies.

“Of course it would have been lovely for him to get the Légion d’Honneur,” his great-grandson, Reece, said. “Whether it’s going to come through at a later stage and be presented to the family, I’m not too sure but I mean it’s hard to say anything negative for a man of what he’s achieved  and what he’s done for his country.”

Rodgers was sent to France when war broke out in 1939 as a soldier in the Royal Ulster Rifles, there he remained until he was evacuated at Dunkirk on His Majesty’s Ship Ross.

“It was a horrible place," he recalled of Dunkirk.

"There were all kinds of ships and as soon as the bombers came over, you dove for the soil and got down deep if you can. I saw a fella one time, he was dead, and he had his waterproof cape on him. They tried to make it, but the Germans just took it away with a blast.

"If you're on a ship which gets bombed, you had a hard chance to get off. Some blokes get a fear in them. They can't move, they don't move. I'm not going to be left because he's afraid to go forward. You have to be prepared yourself.

"Sometimes I think we could have stopped and gone back again. If you're in fear yourself, you're never getting nowhere."

He later saw active service in Burma and his face was disfigured when a grenade exploded near him.

Decades after the events he would still have flashbacks of the tumultuous times he survived.

Ar dheis Dé go raibh a anam dílis, May he rest in peace.