Would you feel safe on a plane with a passenger who kept shouting ‘bomb’? 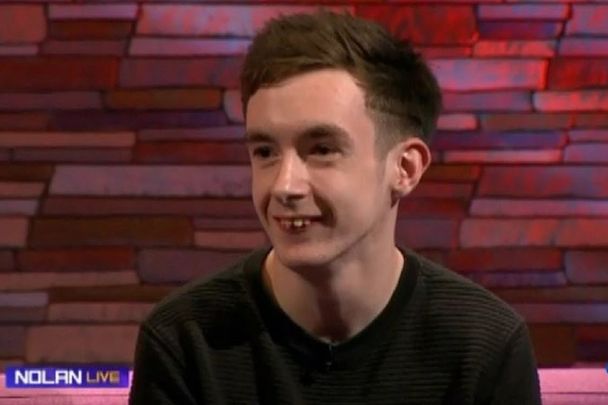 An Irish teenager is afflicted with a rare syndrome that he compels him to shout in airports, “I'm a terrorist” and “I’m in ISIS”.

Eighteen-year-old Lewis Nickell from Belfast was diagnosed with Tourette's syndrome two years ago which leads sufferers to act on unwanted urges. These involuntary urges are called ‘tics’ and are either verbal or physical - in Nickell's case they’re verbal.

Currently there’s no cure and sufferers can only try and repress the symptoms.

In Nickell’s case his tics manifest themselves when flying due to stress and he’s been featured on Ch4’s Flights from Hell: Caught on Camera.

The young man is shown shouting “bomb” at regular intervals whilst checking his luggage in and, “I’m in ISIS, I swear”, “F***ing AK-47 in my back pocket.”

Normally he calms down once he’s on the flight, but not always and the documentary shows him telling an air stewardess, “I want to have your babies” and that she has a “nice a***”.

By featuring in the documentary he hopes that more awareness about the condition will be raised.

“The airport staff are usually pretty understanding at security, it’s more the general public that I get a stronger reaction from, because there’s lots more of them and it can take them a while to realise. Nothing surprises me anymore!”he told the Daily Mail.

The furthest Nickell has currently ever flown is Spain but he hopes one day he’ll make it as far as America, or even Australia.

It remains to be seen whether security staff in the US would be as understanding as those in Ireland.