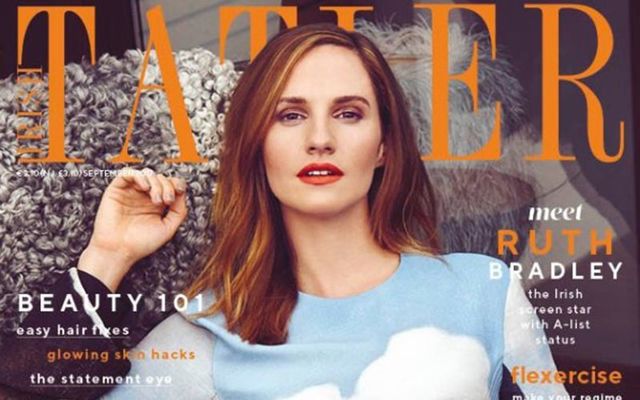 The September 2017 cover of the Irish Tatler magazine. Harmonia

Irish Studio, which also owns and operates Irish Central, is led by owner and Executive Chairman Liam Lynch. As a venture capital investor and media executive, he has managed, acquired, started, or invested in over 25 private companies and mentored countless others.

Commenting on the deal, Norah Casey chair and owner of Harmonia said: “I’m looking forward to working closely with Liam and his team. This is an exciting development ensuring these iconic brands are moving to a company that will develop their digital presence and global reach.”

Norah Casey will continue to work on the previous brands as Chairwoman Emeritus. In addition, she will continue to own and manage Harmonia’s remaining brand, which includes the award winning weekly magazine, Woman’s Way, and Planet Women.

Mr. Lynch described the deal as “a major acquisition that realizes our strategy of rolling up established brands onto our digital platform.  These six brands, including Irish Tatler, are trusted brands that people love.  We will continue to loyally service our treasured print readers while also bringing these titles online to engage and entertain new audiences.”

Lynch added, “We stand on the shoulders of giants with Norah’s successful leadership of these iconic brands and Niall O’Dowd’s creation of the highly influential Irish Diaspora site, Irish Central.  We will honor those legacies as a key part of our mission to entertain and inform the Irish and Irish Diaspora communities around the world. We are delighted that Ciaran Casey will be joining us in an executive role to roll out the new strategy and particularly pleased that Norah will continue to stay closely involved with the business.”

Mike Rich, AOL and Bertelsmann digital media and entertainment veteran, serves as Irish Studio’s CEO. Mr. Rich noted, "It's an honor to have these iconic titles join our family. It further realizes our house of brands strategy, which allows us to super-serve and build on the highly engaged communities around these areas of great passion. It also enables our advertising and brand partners to reach these audiences in an effective and efficient manner across our Digital, Social, Mobile, Video and Experiential platforms."

A former Dragon, Norah Casey is a legendary Irish entrepreneur who created Harmonia and is a television and radio broadcaster and author.  Harmonia has been Ireland’s largest magazine publisher, printing almost 5 million magazines each year, hosting events, and creative communications.  Harmonia will retain Woman’s Way and Planet Women.

Irish Studio was created by Liam Lynch, a New York-based venture capitalist* and media executive, and is supported by Irish American co-investors.  Mike Rich, media and entertainment veteran, serves as Irish Studio’s CEO.  Its mission is to provide premium storytelling and experiences through video, events, print, social, and digital platforms.