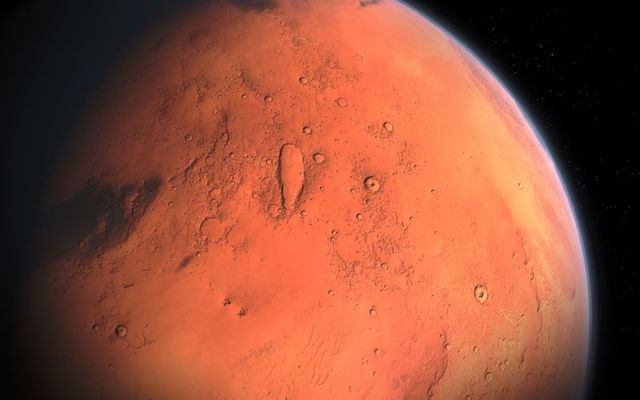 NASA's Mars InSight Mission has been the most extensive study of the planet. PIXABAY / CC

An Irish scientist from County Meath who has played a leading role in NASA's Mars exploration will deliver a virtual lecture at an Irish research institute next week.

Dr. John Clinton, an internationally-renowned seismologist from Meath, will deliver a lecture at the Dublin Institute for Advanced Studies (DIAS) on Nov. 19 at 6:30 p.m. EST, where he will discuss his vital work on NASA's Mars InSight Mission.

Clinton's virtual lecture, called "Marsquakes! What we have learned from the NASA InSight mission after one Martian year on the surface", will center on what new discoveries have been made about Mars in the past 12 months.

Clinton is a Co-Investigator for NASA’s Mars InSight Mission, which has used robotic technology to study Mars' internal structure and learn more about how the planet was formed in the first comprehensive examination of the planet.

Clinton, who serves as the leader of the mission's Marsquake service, is tasked with locating marsquakes caused by the sudden release of energy in Mars' interior and will discuss the key features of the hundreds of marsquakes he has observed as part of next week's lecture.

Dr. Eucharia Meehan, CEO and Registrar of DIAS, said that Clinton had helped Ireland to contribute to scientific advancement through his pivotal work.

"Ireland has contributed significantly to scientific advancement. It is brilliant to see an Irish seismologist playing such a leading role in this important mission and we look forward to Dr. Clinton sharing his findings about seismic activity on Mars," Meehan said.

She said that DIAS was very excited to host someone of Clinton's stature and said that his lecture was going to be fascinating.

The lecture will be hosted by DIAS' School of Cosmic Physics for their Statutory Public Lecture. You can register for free for the virtual event here.