How did an Irishwoman survive being run over by three NYC subway trains?

Three New York subway trains ran over her, a total of 24 carriages but how did this 22-year-old Irishwoman survive? 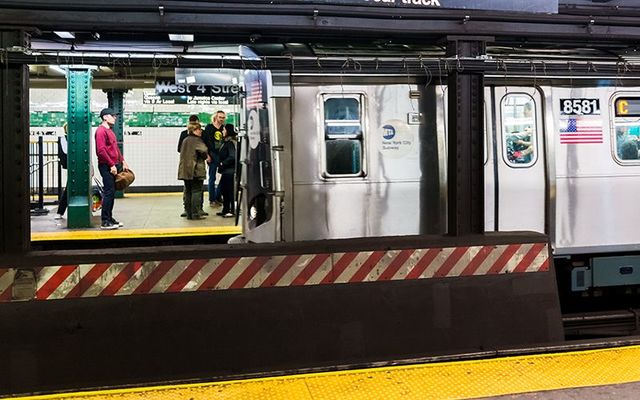 NYC Subway: 22-year-old Mary Downey, from Woodlawn, avoids death after falling on to the tracks near Times Square. iStock

Three New York subway trains ran over her, a total of 24 carriages but how did this 22-year-old Irishwoman survive?

It has been called the greatest escape in the history of New York subway accidents. The incident happened in June 2014 when a 22-year-old recent Irish immigrant cheated death after falling on to subway tracks close to Times Square in New York City.

Mary Downey, a resident of Woodlawn, in The Bronx, was reportedly intoxicated when she staggered on to the tracks at 49th Street and 7th Avenue. She broke her shoulder during the fall, which left her unable to climb back up from the tracks, where she lay unnoticed by subway operators until a third train passed through the station. Miraculously, she survived unscathed.

Downey’s brush with death came at 6am on Sunday June 22nd when she was waiting for a train home. She fell on to the tracks as a north-bound N train approached the station.

The young woman then managed to roll between the tracks and platform.

Immobilized, but conscious, she continued to lie there helplessness as another train pulled into the station. She was not discovered until the operator of the third train spotted her. The operator said he thought it was a piece of trash reflecting but it was actually Downey waving for help. By the time he managed to halt the train the third carriage had passed over her.

By this time, 24 train carriages had driven over her.

Paramedics aided in removing Downey from the tracks. She was covered in soot and strapped to a gurney when she was brought to Bellevue Hospital for treatment.

She was seen being wheeled from the hospital flanked by her friends crying as she was taken by cab to her Woodlawn home.

This was the New York Post's dramatic front cover: