10 Irish rowers are attempting the Talisker Atlantic Ocean Race from the Canary Islands to Antigua this December in support of Irish charities. 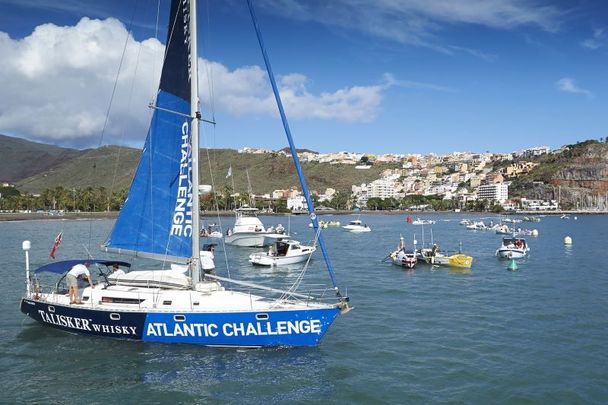 'Row Hard or Go Home,' a team of nine Irish rowers, and 'Nothing Ventured,' a solo Irish rower, will undertake the Talisker Atlantic Ocean Race this December, attempting to row 4,800km unsupported across the Atlantic Ocean in support of Irish charities.

"We are two teams of friends who are always setting challenges where we can compete with each other in all-out battle for bragging rights," the team, who is supporting Irish charities LauraLynn and RNLI, says in their official bio.

"The Atlantic Ocean is a little more extreme than we are used to but we can’t wait to race across the ocean to settle the score for good!"

Elsewhere in the challenge, Dublin native and Man City coach Jamie Carr will be representing Ireland solo as part of his 'Nothing Ventured' campaign in support of Cancer Fund for Children (Ireland) and City in The Community (UK).

The Talisker Atlantic Ocean Race, described as “the premier event in ocean rowing,” is a challenge that will take rowers more than 3,000 Miles west from San Sebastian in La Gomera, Canary Islands, Spain to Nelson’s Dockyard, English Harbour, Antigua & Barbuda.

The Irish 'Row Hard or Go Home' team arrived in La Gomera on November 30, with the race set to kick off on December 12.

"We hope to be in Antigua after 35 to 40 days having celebrated Christmas and New Year on the high seas," the team said on social media after arriving in La Gomera.

Meanwhile, Carr received a warm send-off from his Man City colleagues on November 29:

In 2021, team Wild Waves, representing Ireland and the UK, claimed the record for the fastest female pair after completing the challenge in 45 days, 7 hours, and 25 minutes.

Earlier this year, Irish man Damian Browne became the first person in history to row from New York To Galway.

The Talisker Atlantic Ocean Race is due to begin on December 12; the Irish teams 'Row Hard or Go Home' and 'Nothing Ventured' are amongst 43 teams partaking in the challenge.