Dermot Alastair Mills, who raised concerns about accounting practices at Irish Rail in 2014, told the Workplace Relations Commission he "does nothing" for his €121,000 salary. 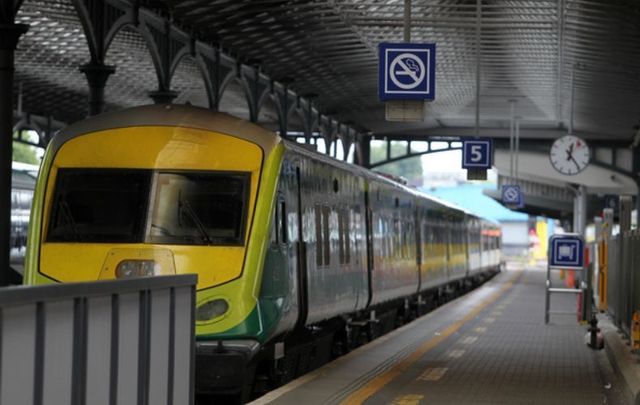 Dermot Alastair Mills, an Irish Rail worker making €121,000 per year, claims his duties were "hacked down to nothing" after he made a protected disclosure eight years ago.

Mills, a finance manager at Irish Rail, told the Workplace Relations Commission (WRC) that he spends most of his working week going on long walks, eating sandwiches, and reading the newspaper after he raised concerns about accounting practices at Irish Rail in 2014.

"I’d say if I got something that requires me to do work once in a week I’d be thrilled," Mills told the WRC on Tuesday.

Mills said he made the disclosure under the Protected Disclosures Act 2014 and says he has since been penalized for making the complaint.

Irish Rail admitted that Mills had made the complaint but denies penalizing him for it, according to the Irish Independent.

Mills told the WRC that he works from home or at the office, adding that he starts his working day at 10 a.m. and almost never receives emails associated with work.

"I buy two newspapers, the Times and the Independent, and a sandwich. I go into my cubicle, I turn on my computer, I look at emails. There are no emails associated with work, no messages, no communications, no colleague communications," Mills told the WRC.

"I sit and I read the newspaper and I eat my sandwich. Then about 10.30 a.m., if there’s an email which requires an answer, I answer it. If there’s work associated with it, I do that work."

In response to questions from his representative John Keenan, Mills said he is paid €121,000 for "doing nothing".

"When I say to do nothing, I mean to not use my skills," Mills said in response to Keenan.

Keenan told the WRC that his client is "still enduring penalization" for making the complaint in 2014, pointing to the alleged reduction of his role.

Irish Rail argued that the WRC only has jurisdiction to rule on any alleged penalizations that relate to Mills' failure to secure a promotion to a more senior post in 2018.

Mills told the WRC that he was given responsibility for capital budgets worth in the region of €250 million from the turn of the millennium until the financial collapse in 2007. He reported to the Irish Rail board and participated in board sub-committees and was promoted in 2010.

However, he claimed he was bullied in his new role and forced to take three months' sick leave in 2013.

When he returned to work, he was told he would have the same salary and given the responsibility of a finance manager in charge of fixed assets worth billions in addition to the company's debt portfolio. He would also be charged with preparing reports for the Irish Government.

He said he noticed "certain issues" with debtors after returning to work and tried to "raise red flags all over the place".

He wrote a "good faith" report to the Irish Rail chief executive in March 2014 before making a protected disclosure to the Transport Minister in December of the same year.

"I started off with what seemed like a reasonable remit in 2013 and 2014. Slowly but surely it was hacked down to nothing."

He said he has felt "isolated" at his job site at the Inchicore railway works in Dublin since making the complaint in December 2014.

He claims he has been excluded from company meetings and training opportunities since making the disclosure and also said the issue held him back when he interviewed for a more senior role in the summer of 2018.

Tom Mallon, counsel for Irish Rail, said it was the company's position that none of the interviewers were aware of Mills' disclosure.