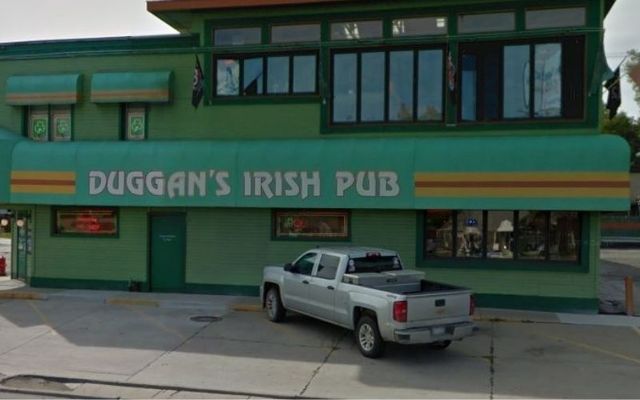 An Irish bar in Michigan has denounced far-right groups after members of the Proud Boys were photographed drinking in the bar.

Duggan's Irish Pub in Royal Oak said that it does not support white supremacy groups in a now-deleted Facebook post and said that any claims to the contrary were a deliberate attempt to damage the pub's business.

The post claimed that the viral photograph was actually several years old and that staff at the pub didn't even know who the Proud Boys were at the time.

"A person (with his/her name and date deliberately crossed out) posted a picture on Duggan’s Facebook page that was taken several years ago (when we had carpeting on the second floor) of a few men in our establishment, one of which was wearing a shirt that said Proud Boys on it. UNTIL TODAY, WE DID NOT EVEN KNOW WHO THE PROUD BOYS ARE OR WHAT THEY REPRESENT," the post continued.

The pub's spokesperson continued and said that Duggan's was a restaurant, not a political establishment, and that it does not post any political signage or advertising on the premises.

However, the post categorically stated that the pub does not support any hate groups.

"DUGGAN’S DOES NOT SUPPORT OR CONDONE ANY HATE GROUPS. We welcome everyone from all ethnicities. To claim otherwise is a deliberate and vicious lie conceived to damage and hurt Duggan’s business."

A Duggan's employee told Metro Times that management deleted the post after it attracted a number of hateful comments.

"There was a lot of hateful, bad comments on it, so they decided to take it down to not encourage it anymore," the employee said.

The pub issued the lengthy statement on Facebook after a photo of three men sporting Proud Boy t-shirts went viral on social media.

One post claimed that the men were regular customers at the bar and that the bar openly supported the group.

Duggan’s in Royal Oak openly supports the proud boys as customers. The proud boys are an openly violent white supremacist group, they want people like me and other marginalized folks dead. If you claim to be an ally to black people, LGBTQ+ people, and others, DO NOT GO THERE pic.twitter.com/ZuUY6OfFn9

Proud Boys have been in the news since the first presidential debate last Tuesday.

Trump's response received a huge backlash on social media with many arguing that it did not denounce the group at all and actually encouraged them to wait in the wings for a moment in the future.

The group added the words "stand down and stand by" to its logo on Twitter.